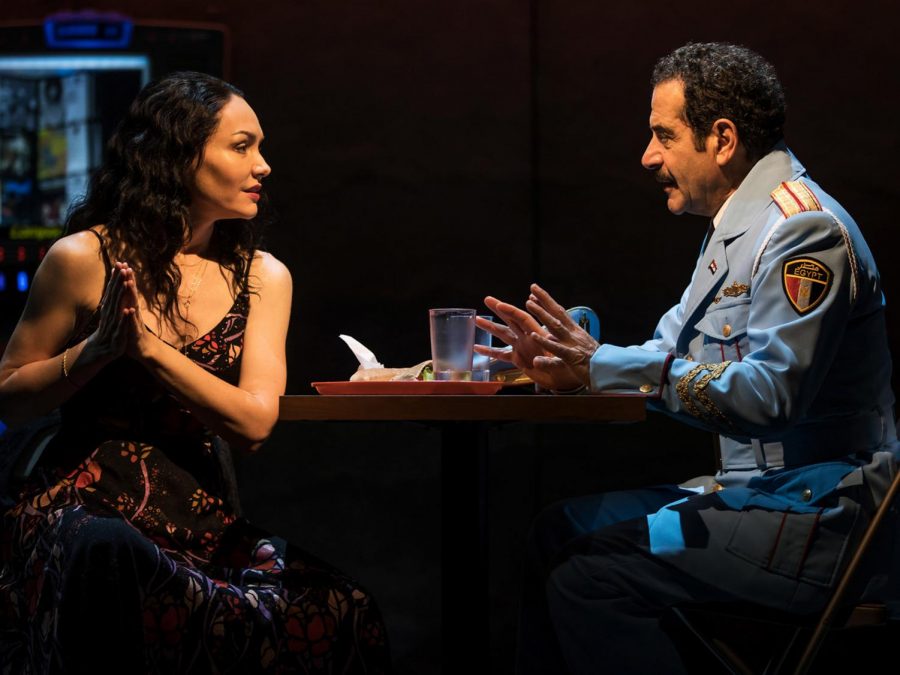 Katrina Lenk (left) and Tony Shalhoub in “The Band’s Visit” at the Ethel Barrymore Theatre on Broadway. Lenk took home her first Tony award on Sunday for best leading actress in a musical.

Northwestern alumna Katrina Lenk (Bienen ’97) took home her first Tony Award on Sunday night for best leading actress in a musical for her role in “The Band’s Visit.”

The musical was a runaway winner at the 72nd Annual Tony Awards, held at Radio City Music Hall in New York City. In addition to Lenk’s accolade, the show garnered awards for best leading actor in a musical, best direction of a musical, best original score and best musical, among others. Of its 11 nominations, “The Band’s Visit” received 10 Tony awards — the most for any nominees of the night.

Based on a 2007 Israeli film of the same name, the show follows a band of Egyptian musicians who are booked to perform a concert but wind up getting lost in the wrong Israeli town.

Lenk stars as Dina, the owner of a cafe that the band visits. Marking her first Tony nomination and win, Lenk beat out five other actresses for the award — including 2001 Evanston Township High School alumna Jessie Mueller, who was nominated in the category for her role in Rodgers and Hammerstein’s “Carousel.”

In her acceptance speech, Lenk dedicated the award to Israeli actress Ronit Elkabetz, who played Dina in the original film version of “The Band’s Visit.” Lenk thanked her cast and crew before reflecting on what the musical means to her.

“Every moment working on ‘The Band’s Visit’ is a privilege and a thrill and has filled my stupid little heart with so much joy,” Lenk said. “This moment ain’t so bad either.”