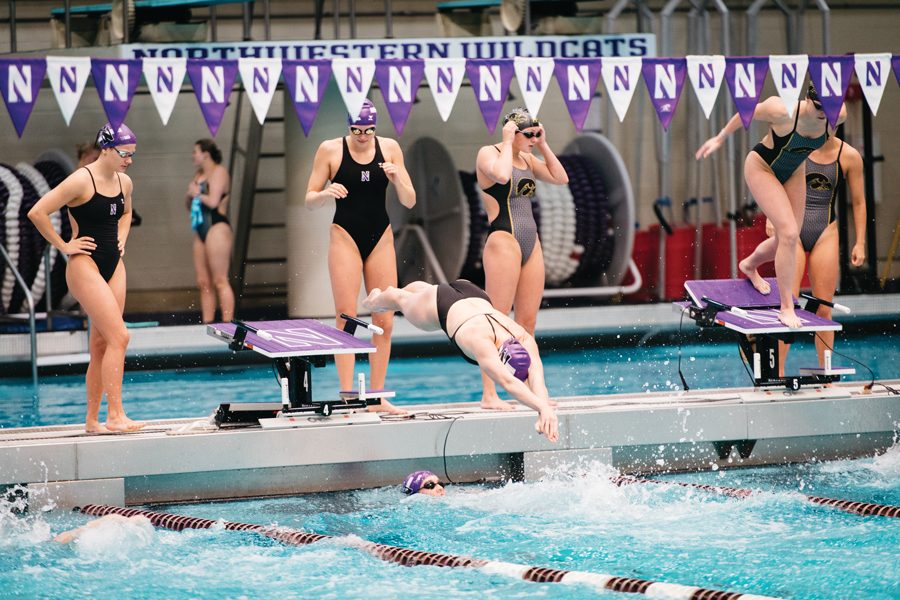 A Northwestern swimmer enters the pool. The program is undergoing massive changes this spring.

At Boise State, Jeremy Kipp had it all.

The young coach, heading the Broncos’ women’s team, had inherited a perennially successful program in 2015 and taken it to even greater heights, winning the Mountain West championship in both 2017 and 2018.

At Northwestern, he has nothing but a great challenge.

Kipp, hired early last month to replace former men’s coach Jarod Schroeder and women’s coach Abby Steketee (both of whom resigned in April), will be tasked with combining the two formerly gender-separated programs for the first time.

“To me, coaching is a collaboration, and I look at it as an opportunity for our women’s program to collaborate with our men’s program,” Kipp said. “The biggest challenge is making sure we do it right the first time, trying to define what that’s going to be, getting that right synergy.”

Both programs have been mired in mediocrity for quite some time.

Athletic director Jim Phillips said he hopes the overhaul of the swimming program will help turn the tide. Combining the two teams into one allows, under NCAA rules, for the coaching staff to be expanded to seven members — a director, four assistants, a diving coach and a graduate assistant — and is the model followed by the vast majority of universities.

“Forty-one of the top 50 (college) programs nationally are combined, but you also have to go back and look at high school and club swimming, and that’s how these young swimmers and divers are training,” Phillips said. “They’re really training together in combined programs at those early ages, and so there was really a push to do that (when) listening to the student-athletes.”

Longtime diving coach Alik Sarkisian will retain that role, according to an athletic department spokesperson, and Kipp made his first two assistant additions this week with the hirings of former Boise State comrade Meghan Hawthorne and former Wisconsin assistant Jake Tapp. With roughly 50 athletes participating in the swimming program each year, Phillips said “it makes sense to give them an extra coach or two.”

First, however, came the decision to hire Kipp.

Once he saw that the “writing was on the wall” that the Wildcats would combine their swimming programs, though, he said he quickly “put his name out there” in the coaching search. Phillips said Kipp ultimately “stood out above all the other candidates” that were interviewed.

In addition to working with the newly combined programs, Kipp will also be the first NU swimming coach to work in the improved Norris Aquatics Center, which received locker room and ground training area renovations during the ongoing Walter Athletics Center construction.

“When you see a department make a facility commitment like that, it trickles down to the athletes,” Kipp said. “It’s like a great engineering student walking in and taking a tour of a lab: if you see this state-of-the-art laboratory that you get a chance to work in every day, you take away a lot of the limitations. I see this facility as removing a limitation, removing an excuse.”

Since taking a part-time job at Santa Barbara in 1999 merely to supplement his intended career path as a summer lifeguard, Kipp said he has discovered — in the 19 years since — what makes the coaching profession his life passion.

The challenge of reviving the Cats’ long-stagnant programs, now merged into one, will put his power-of-the-collective mentality to the test.