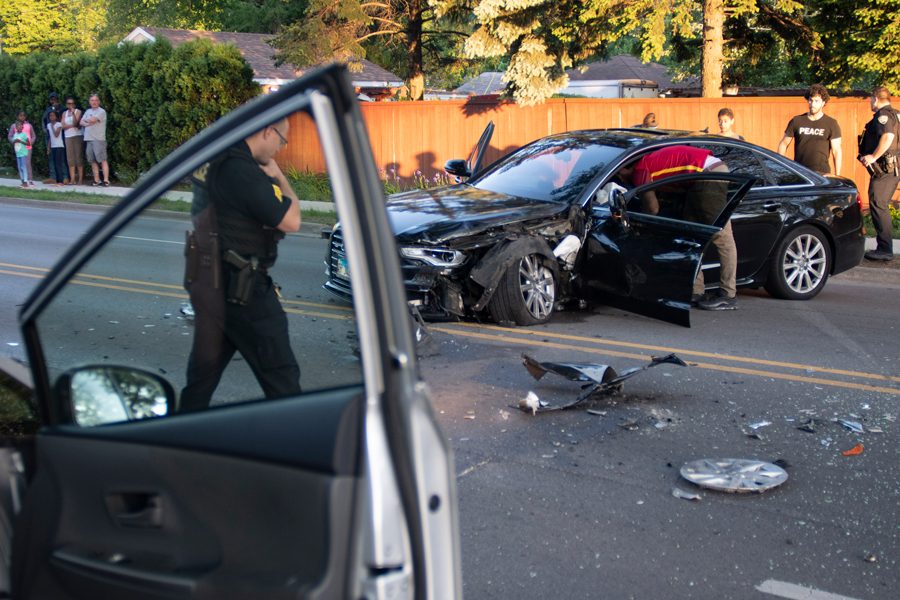 Two vehicles were involved in a head-on collision near the intersection of Dempster Street and Fowler Avenue early Monday evening.

Evanston police are following up on the crash investigation, but Evanston police communications coordinator Perry Polinski said a vehicle was struck when another vehicle crossed over into the opposite traffic lane at roughly 7:30 p.m.

The struck vehicle was occupied by a 78-year-old female driver who sustained multiple injuries, but appeared to be alert, Polinski said. Upon arrival, Evanston Fire Department had to use tools to open the driver-side door of the vehicle to remove the driver.

She was transported to Evanston Hospital and there is no current update on her status.

The driver of the other vehicle, a 21-year-old Evanston man, was seen being detained by Evanston police roughly 30 minutes following the incident. The man was cited for failure to avoid crash and improper lane usage. EPD found under 10 grams of cannabis in the car, though Polinski said there was no suspected impairment.

As of 8:25 p.m. Monday, sections of Dempster Street were blocked off between Hartrey Avenue and McCormick Boulevard.