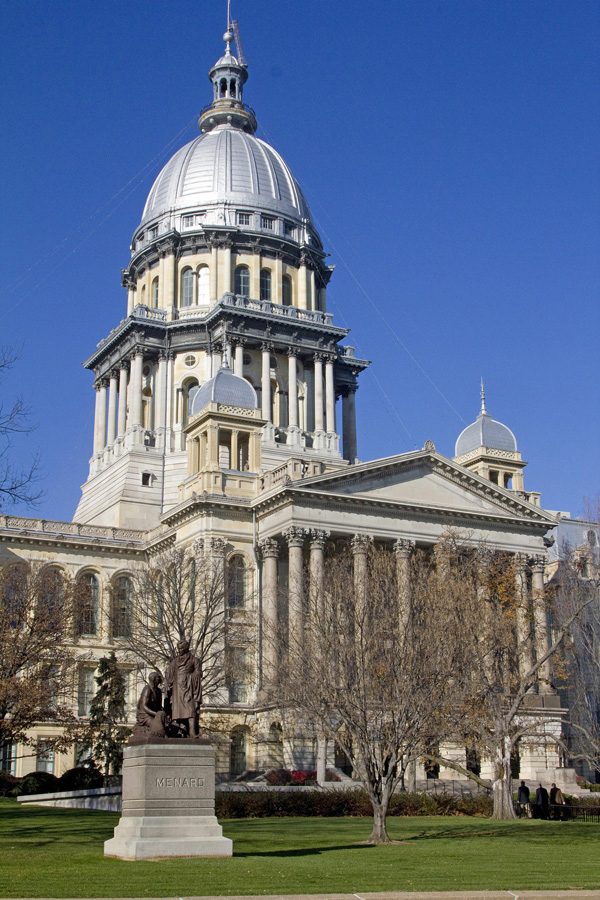 The capitol building in Springfield, Illinois. Illinois became the 37th state to ratify the Equal Rights Amendment to the United States Constitution on Wednesday.

The Illinois House voted 72-45 on Wednesday to ratify the Equal Rights Amendment to the United States Constitution, becoming the 37th state to greenlight the amendment designed to guarantee equal rights for all citizens regardless of sex.

The House vote follows an April vote by the Senate, and the amendment does not need approval from Gov. Bruce Rauner who has said he supports equal rights but has been criticized by Democrats for not taking a stance on the ERA.

Linda Tate (Weinberg ’76) told The Daily earlier this month that she, along with other representatives from Indivisible Evanston, has been calling constituents in other districts that are not as much of a “blue bubble” as Evanston is. She said ratifying the amendment is “absolutely critical.”

“As a woman that’s been in the business world … there was a lot of discrimination against women, and it still exists,” she said. “It’s really important that women are treated as equal to men.”

The country is now one state away from meeting the 38-state requirement to ratify the amendment in the U.S. Constitution. Only 35 states ratified the amendment before the 1979 deadline set by Congress.

State Sen. Heather Steans (D-Chicago), who co-sponsored the legislation, said in a Wednesday news release the ratification can provide a “strong legal protection for women’s rights.”

“This is a historic day for women across the country,” Steans said. “I am thrilled that members of the House joined the Senate in standing up for women’s rights.”

Opponents of the measure question the relevance of the amendment given that so much time has passed since the original ratification deadline.

Steans, however, said the amendment is still “relevant and necessary” because Congress has the ability to extend the deadline.