The Daily Northwestern • May 31, 2018 • https://dailynorthwestern.com/2018/05/31/ae/original-musical-about-chicago-worlds-fair-delves-into-history-contemporary-issues/ 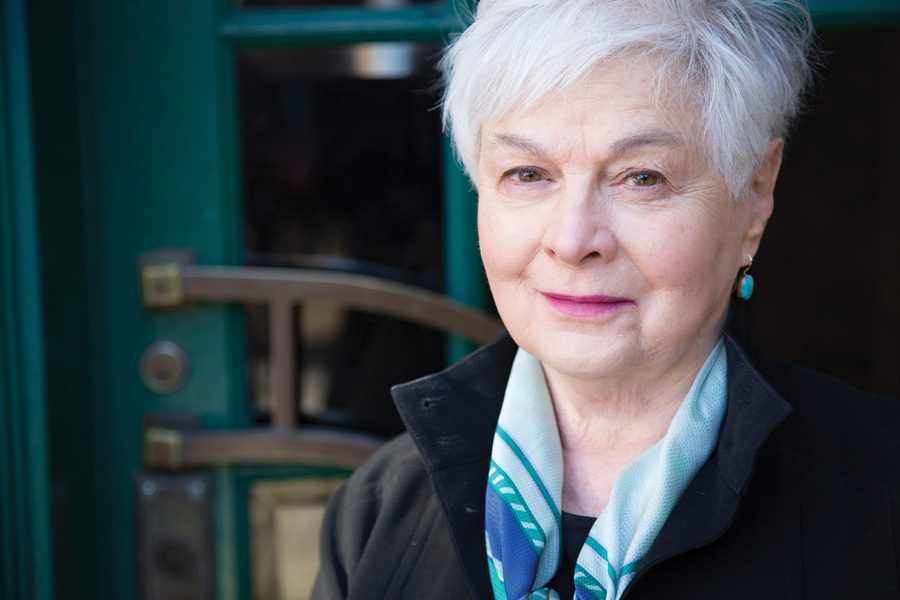 During her time at Northwestern, June Finfer (Communication ’58) performed in several short plays before realizing she wasn’t cut out to be an actor. So, she picked up her pen and turned to writing instead.

Finfer’s original musical, “Burnham’s Dream: The White City,” premieres this weekend. Previews start Friday at Theater Wit, and the show will officially run June 4 through July 1. Marking the 125th anniversary of the 1893 Chicago World’s Fair, the musical follows Chicago architect Daniel Burnham through his ambitious fight to win the job of building the fair.

Finfer said she began this project more than 10 years ago as a series of monologues. She was fascinated with Burnham as both a “self-made man” and an architect, she said.

“I really identified with him in so many ways because my late husband was an architect and planner,” Finfer said. “I’m kind of an organizer and creator, and I know how hard it is to get big ideas built.”

Finfer said she came back to the project four years ago to start writing it as a play, but she realized the “characters wanted to sing.” After deciding there was room for music in the production, she asked her friend Elizabeth Doyle to write it for the play.

Paul Thompson, the show’s music director, said the music acts as an aid for the audience to track character development throughout the play.

“Music really helps set the entire tone of the evening right up front,” Thompson said. “Then we hear from each character, we hear the kind of music that is part of their experience. Later in the show, some melodies come back again to remind us how the characters have changed.”

The musical style of the show is an eclectic mix of period style ragtime, gospel blues and classical composition, Thompson said. He said the score’s unique collection of genres is unlike any other he has worked with before. Even though the music embodies the play’s historical setting, he said it is “filtered through the lens” of the mid-20th century Broadway musical style.

Thompson said the show explores socially relevant themes, such as racism, women’s rights and the treatment of immigrants. Director Erik Wagner echoed this thought and said he worked to raise thoughtful questions on contemporary issues.

“That is probably the core of how I’ve been approaching this — to touch on knowing these issues existed and knowing that we’re looking at them from a 2018 perspective,” Wagner said. “Because we really have the same issues, it’s just that they’re repackaged in different ways, (and) some of them aren’t repackaged at all.”

Even though some of the issues the play touches on may be disheartening, Finfer said she thinks the audience will leave the theater hopeful and entertained.

The last song is a march sung by the female characters, she said, in which the group joins together to spark a change. Finfer said the show acts as a reminder of the importance of active civic participation.

“(The play) recognizes that a city is a very important thing and that people make the city,” Finfer said. “If they are aware of how it was built and who was involved, and they get involved in their own time … they can make life better.”