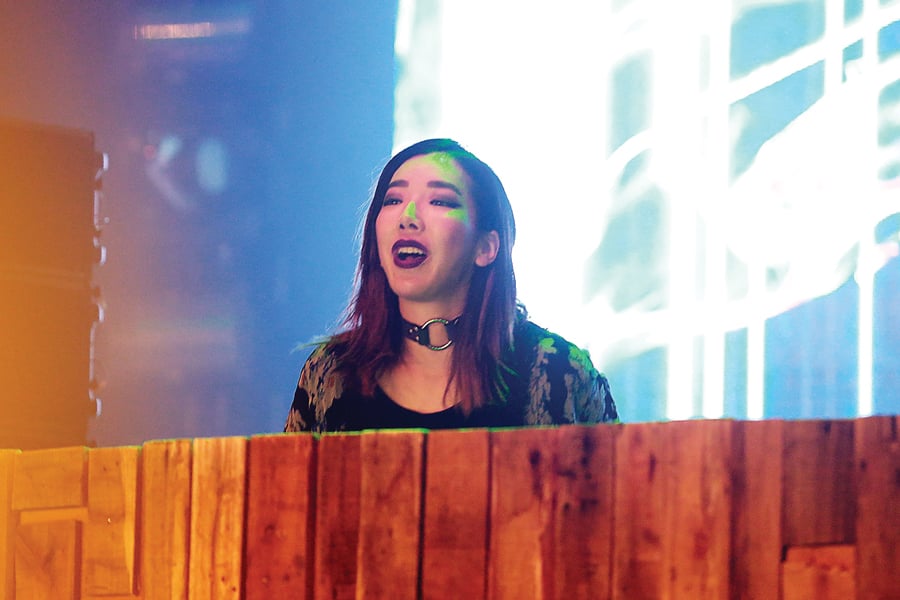 Editor’s Letter: The Voices of Dillo

I was on Twitter, making my way through tired entertainment puff pieces and stale Trump memes, when the Lollapalooza lineup was announced. Parsing through the poster, I fawned over the headlining artists, wishing I was spending this summer not at work, but surrounded by screaming Chicagoans while Bruno Mars, Arctic Monkeys and The Weeknd took the stage.

While the first tweets I saw shared my excitement for what seemed to be a fire lineup, the further down I went, the more the tone shifted — obviously the drama lurks in the darkest depths of the platform. I stumbled on a series of tweets criticizing the lineup for being too “dude-heavy,” accompanied by a graphic of the Lolla poster with the male artists omitted. The visualization was striking. Female performers appeared only in medium or small fonts, with the biggest female name preceded by 15 male-led acts. According to Upworthy, only 13 of the 85 bands performing at the festival are fronted by women, and few solo female artists will make an appearance at the event.

This is an issue that hits close to home, too. Of the five artists and bands Mayfest has booked to take on the main stage on Dillo Day, only one is a woman: TOKiMONSTA, featured on this Monthly’s cover. The call for female artists in music lineups is by no means new. In fact, it has been repeatedly raised as a hot button topic by columnists at The Daily Northwestern and national publications alike, with writers describing the need for more positive female role models.

Gender representation in music may be one of the few issues the entertainment industry has yet to tackle, and that may be because critics and audiences — who follow as many male as female artists — don’t consider it “an issue” just yet. My well-curated, impeccably titled Spotify playlists are dominated by female artists from across the globe in genres ranging from pop to indie to rock. My brother — and everyone else — always seems to whack me for singing off-key because my baritone can never hit female artists’ high notes.

While my music selections might be heavily seasoned with quality female power ballads, the inclusion of women in music festivals is starkly different from my personal taste. It’s taken Coachella serious efforts to shake off its “Brochella” vibe, and few women hold major positions behind the scenes at music festivals and in music production. Industry insiders attribute this gender gap to music festivals’ overall culture, saying they are unfriendly places for women and members of the LGBTQ community, who, more often than not, are harassed in varying degrees. These same insiders are taking strides to improve on that, like the Pitchfork Music Festival’s recently established zero-tolerance harassment policy. While it’s great to see established institutions striving for progress, actual change will only come about through support at the local level.

I’d be lying if I said I won’t attend Dillo Day, or pledged to only visit the WNUR stage, which is considerably more diverse. But I will be excitedly bopping to TOKiMONSTA’s beats and fervently screaming every explicit lyric along with CupcakKe. Having these female powerhouses this year is a start, but in Mayfest’s future attempts to book artists for Northwestern’s largest student gathering, I hope even more thought is put into making sure 50 percent of our student body can see themselves represented on the mainstage.