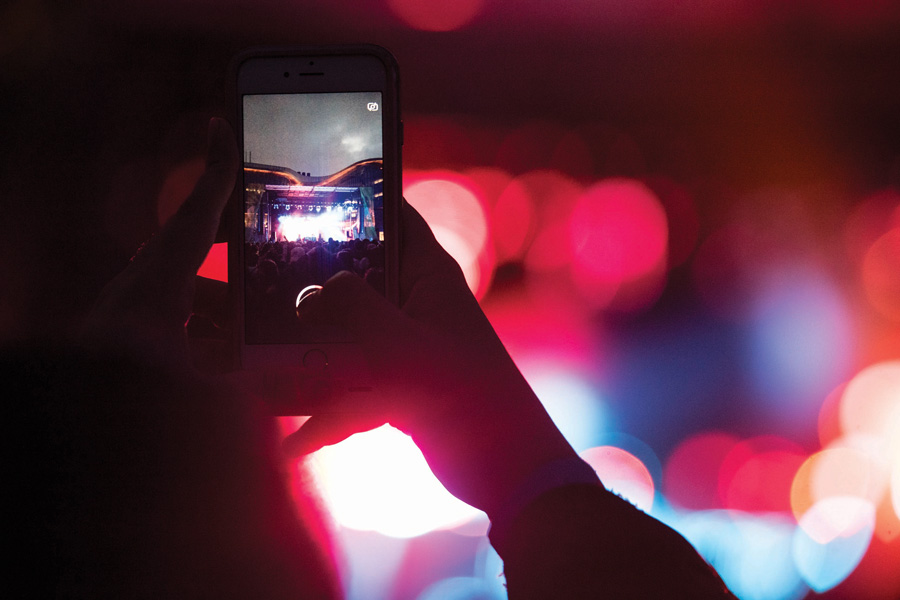 It’s hard to close down the Northwestern libraries. They’re open in freezing temperatures, low-grade blizzards and pouring rain. Only one thing has proven effective in regularly shutting them down: Dillo Day. Tour guides may tell you it’s because University President Morton Schapiro loves the annual music festival so much, but any NU student knows it’s because it’s the one day of the year to close the books and hit the beach guilt-free.

This Saturday, the Lakefill will swarm with students and their visitors in anticipation of some of the chillest acts the event has seen in recent years. With an eclectic combination of Daniel Caesar’s suave slow jams, Young the Giant’s powerful angsty tunes and Whitney’s melancholic thoughtful ballads, students will be more likely to lay blankets on the grass and soak in the sun than drunkenly headbang to the music in front of the stage.

Though Dillo takes over the Lakefill for just a single day every spring, planning the festival is a year-long affair, said Mayfest co-chair Keaton Sullivan.

Sullivan, a Weinberg senior, said as soon as one Dillo wraps, planning for the next one begins. The board for the next year is chosen during the spring, and Mayfest — which is made up of roughly 80 students — immediately starts brainstorming about how to improve the festival for the coming year.

The concerts committee is the first to jump on its planning game: It starts getting price quotes for artists by summer, and is compiling lists of available artists by fall, Sullivan said. After soliciting student feedback and using their own knowledge of the music scene, committee members make the ultimate decision in choosing who will play Dillo. Other committees are involved with financing the event, promoting artists on campus and building corporate and university relations, said Weinberg senior Andrew Hunter, Mayfest’s other co-chair.

This year, Sullivan said Mayfest’s concerts committee focused on bringing artists that appealed to diverse musical tastes and creating a lineup with “heavy-hitting acts” across many styles, he said.

“There aren’t any acts this year that we think are filler acts,” Sullivan said. “Each one is going to put on an amazing performance and really satisfy an artistic need on campus for that genre.”

McCormick junior Sarah Wong, Mayfest’s co-director of promotions, said the committee sought out artists known for their engaging live performances. While the chosen artists may not be as well-known across campus, she said, they appeal widely to the fans of their respective genres.

“TOKiMONSTA isn’t maybe heard across all of campus because not everyone listens to electronic music,” Wong said. “But the people who know electronic music dig her and they think she’s great and they’re going to have a good time.”

Weinberg senior Ben Zimmermann, Mayfest’s co-executive producer, said he thinks this year’s Dillo Day has the most diverse lineup yet — not just in terms of musical talent, but also what each of the acts stand for as individuals and musicians.

Zimmermann pointed to Joey Bada$$’s music, which discusses the country’s political and social issues; TOKiMONSTA’s “inspiring story” overcoming a brain disease and rising to become a well-known DJ in the industry; and Young the Giant, who has written songs about some of its members’ experiences as immigrants.

In an interview with Rolling Stone in 2016, Young the Giant frontman Sameer Gadhia described the group as a “personally political band.”

“We have the platform and an open line of dialogue with our fans, some of whom are completely unaware of the racial struggles in America, or the racial struggles that we deal with on a personal level,” Gadhia said. “The thing about music is that it really can bring people together, and that’s what we hope to do.”

Weinberg freshman Nikol Kralimarkova said she is looking forward to her first Dillo, especially getting to take in the atmosphere and spend time among friends.

While she wasn’t familiar with all of this year’s performers, Kralimarkova said she is happy with the lineup.

“I’m pretty excited to hear all of them,” she said. “What I’ve heard from older students here is that the lineup is (usually) pretty lit, but this time it seems very chill and that’s the type of music that I like.”

For Bienen senior Chelsea Holmes, the artists matter less to her than the day itself.

Reflecting back on her four years, Holmes recounted her memories at Dillo: the time it was canceled her freshman year, when she heard The Mowgli’s live her sophomore year and just enjoying time out on the Lakefill. Dillo Day, she said, is one day that brings the undergraduate community together.

“It’s definitely been a marker throughout my time here and something that I think I’ll always remember, regardless of who the artists are,” Holmes said. “It’s more just about spending the time with your friends and whatever shenanigans end up transpiring, you know?”

Hunter, who has been involved in Mayfest for the last four years, said the organization is “always growing” and looking to improve. After Dillo Day, members debrief the festival and talk about different ways it can get better. Hunter said people often come with “laundry lists” of ideas, and every year the event improves significantly.

“Dillo Day is supposed to be the best day of the year,” he said. “We take that very seriously.”