The Daily Northwestern • May 23, 2018 • https://dailynorthwestern.com/2018/05/23/lateststories/qa-winner-of-battle-of-the-djs-talks-background-djing-upcoming-set-at-dillo-day/ 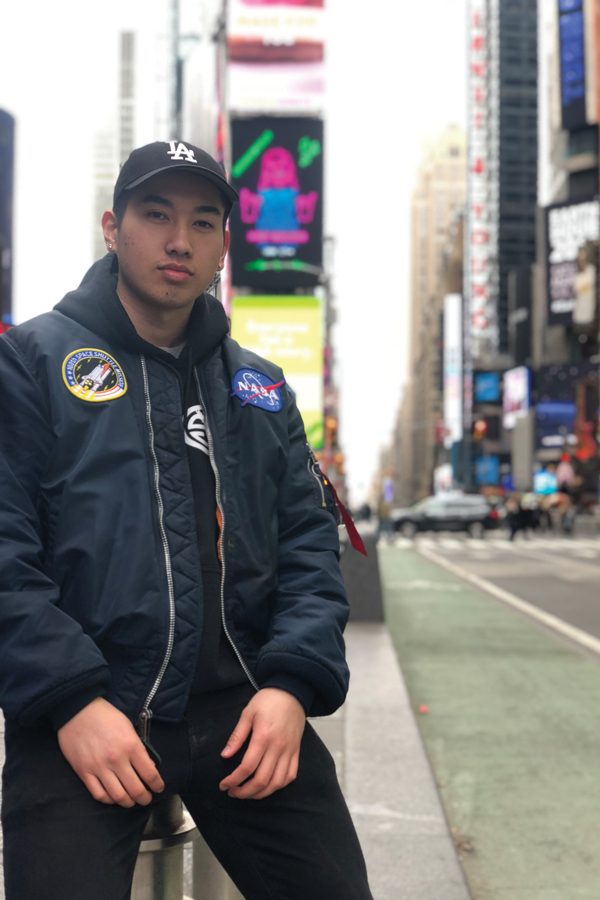 Pumai Subanakyot. The McCormick junior won this year’s Battle of the DJs and will perform at Dillo Day in June.

Last Wednesday, six Northwestern DJs duked it out for a chance to play on NU’s biggest stage of the year — Dillo Day. The winner of Mayfest’s annual Battle of the DJs was McCormick junior Pumai Subanakyot, better known by his stage name EJ3. The Daily caught up with Subanakyot to talk about his passion for DJing and his upcoming set at Dillo.

The Daily: What got you into DJing?

EJ3: When I grew up, there was this popular Japanese arcade game called Dance Dance Revolution — I’m sure you’ve seen it in arcades. I used to play this bootleg version on my PS1 or PS2, and I loved the electronic Japanese music it had because it was really unique compared to what was played on the radio or what I heard at school.

So that’s where I kind of fell in love with an electronic sound. And then when I came to campus and went to some of the off-campus parties, I saw the DJs, and I loved how they essentially had control over the energy of the party. So from there, I just kind of had an interest in it. I had a friend who was a DJ and would leave his DJ controller in the basement of his house and let me go there and use it. I basically taught myself how to do it through Youtube.

The Daily: How did you prepare for your set at Battle of the DJs?

The Daily: How did it feel to win?

EJ3: It felt great. Honestly, I was pretty nervous before performing at Battle of the DJs but once I was up there, it was so fun. Looking into the crowd and seeing support from familiar faces and even unfamiliar faces was just an awesome feeling. I didn’t expect to win, I was just like well, tonight I’m just gonna have fun regardless of what happens.

The Daily: What are your plans for your Dillo set?

EJ3: I haven’t really prepared that yet, so I’m unsure. However, I feel like I shouldn’t play anything too different from what I played at Battle of the DJs, so it’ll be a similar style to that. When it’s a shorter set, like Battle of the DJs, you try to pull out the most high-energy songs. But for Dillo it’s longer, I’m gonna try and do that while also bringing some more chill songs.

The Daily: How are you feeling about it?

EJ3: I’m super excited, I think it’s a blessing to have this opportunity to play onstage for Dillo. It’s definitely something I’m gonna remember for the rest of my life. I’m super grateful, and I really appreciate Mayfest for even giving me the opportunity to do this. Honestly, it’s like a dream come true.