The Daily Northwestern • May 23, 2018 • https://dailynorthwestern.com/2018/05/23/ae/bollywood-fusion-group-wraps-up-spring-showcase-features-student-choreography/ 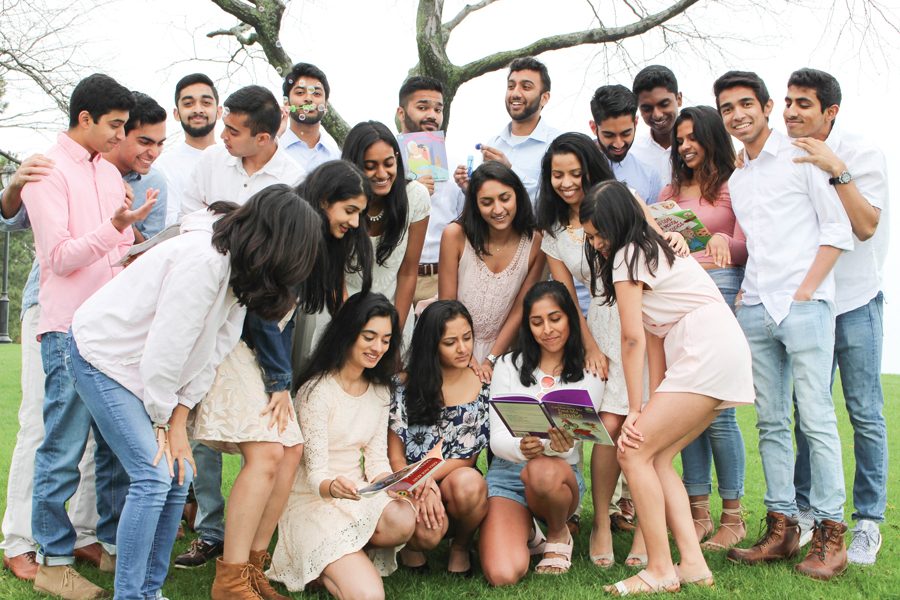 McCormick senior Prachi Keni said while she and the other co-founders of Ahana Dance Project had a clear vision of the group they wanted to create, she wasn’t sure how it would be received on campus. However, her uncertainty dissolved after the team’s first set of auditions this fall, which expanded the team from a group of four to 18.

Ahana Dance Project, a South Asian-inspired dance group, premiered its first showcase titled “Stories of Ahana” on Sunday in McCormick Auditorium. The show featured a collection of dances performed by the group’s 29 members. Each work opened with a pre-recorded introduction by the piece’s choreographer, who explained the meaning of the dance.

However, it took some time for the Ahana Dance Project to reach its current scale.

The project was founded in fall 2017 by Keni, Weinberg third-year Swagata Patnaik, Weinberg senior Sanjeev Saravanakumar and Weinberg senior Veda Girishkumar. The four knew each other through another Northwestern dance team, but each left the group for individual reasons. Girishkumar said she had missed dancing and working with a team, which sparked the idea of forming a noncompetitive “Bollywood fusion” group.

“We wanted something that was really accessible to everyone and something that would allow us to just dance and make it our own experience and dedicate as much time as we were able to, considering we’re all seniors and we have crazy schedules,” Girishkumar said.

In addition to the team’s flexible time commitments, the group includes dancers of all skill levels — from professionally trained artists to students who recently picked up the hobby.

Creating a space for a diverse group of dancers was one of the goals for Ahana’s original founders, Patnaik said. She added that no matter their experience level, group members can submit their own choreographed pieces. For the recent spring showcase, 15 works were submitted, and every piece was performed, she said.

Saravanakumar said the noncompetitive group strives to establish a “positive culture” in which dancers can pursue their passion.

“Being able to combine all these different groups of people with different experiences is really cool because there’s a lot to learn and grow from each other,” Saravanakumar said.

Keni echoed this and said one of Ahana’s “core values” is collaboration. This means allowing all members, no matter their position on the team, to have an active voice, she said.

All four co-founders are graduating this year, and Keni said handing the group off is “a little scary and a little sad.”

Even so, Keni added that she is excited to see where her successors take the group and is confident they will hold true to Ahana’s original vision.

“Something that’s special about this group is it was founded with so much love, and what I hope carries on in this organization is that love for other people and other ideas,” Keni said. “We started off with that vision, and we didn’t know whether or not we’d be able to execute it. But finishing off this year has been extremely gratifying in that I feel like we’ve achieved that.”