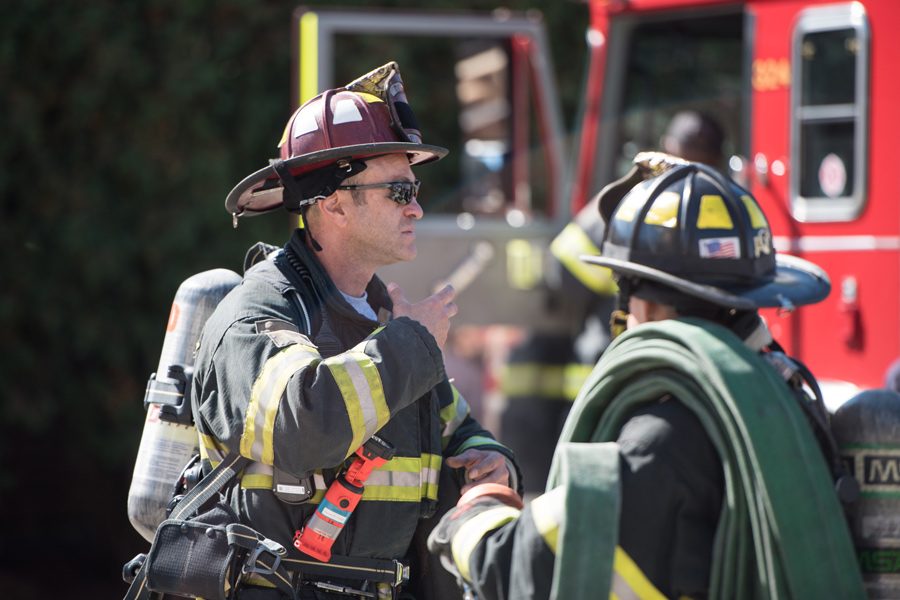 Captain Emanuel Perrino, a 27-year veteran of the department, was promoted to shift chief, according to a Tuesday EFD news release. Perrino holds a bachelor’s degree in fire science and has certifications in confined space rescue as well as trench and rope rescue.

“Captain Perrino’s knowledge and experience will bring great leadership to Evanston Fire Shift One,” the release stated. “Captain Perrino has been instrumental in the development of the department’s training program and has led several important initiatives through his leadership within the EFD and Local 742.”

Fire apparatus operator Michael Spillane ranked up to the position of captain after serving as a fire apparatus operator since the beginning of the program. Spillane is a 22-year veteran of EFD, holds a bachelor’s degree in fire science and serves as an instructor at the Illinois Fire Service Institute in Champaign.

Justin Morson, a firefighter and paramedic who has served in the department for 12 years, will now take on a full-time position as a fire apparatus operator. Morson is certified in vehicle and machinery operations, and the release stated that Morson’s knowledge will also “no doubt be an asset” to EFD.