The Daily Northwestern • May 21, 2018 • https://dailynorthwestern.com/2018/05/21/lateststories/womens-golf-northwestern-qualifies-for-match-play-quarterfinals-at-national-championships/ 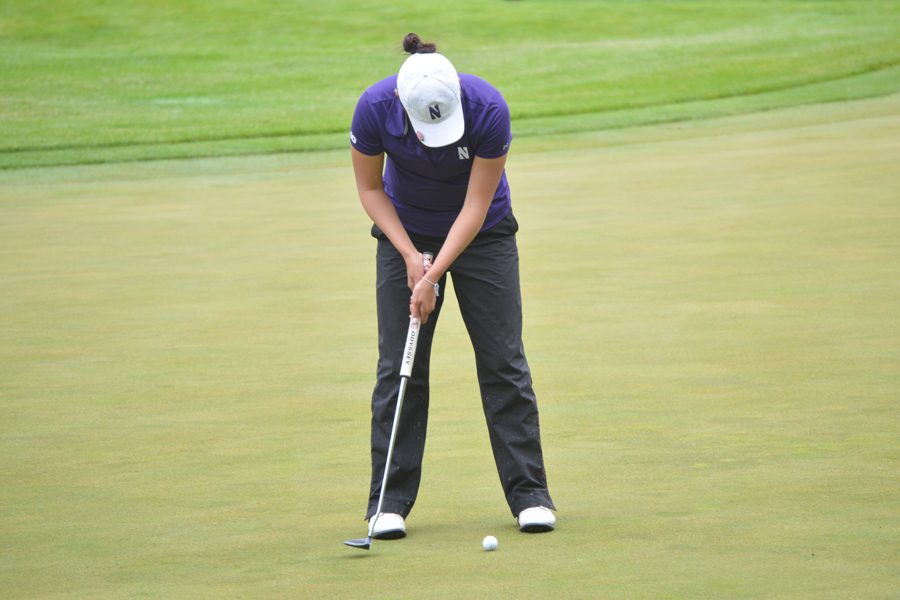 For the second straight year — and second time in program history — Northwestern will square off in the match play bracket of the NCAA National Championships.

That bracket is reserved for the top eight teams after four days of stroke play competition, and the Wildcats claimed their spot by taking fourth and shooting 21-over across four days on one of the toughest collegiate golf courses in the country, Karsten Creek in Stillwater, Oklahoma. NU will face Stanford tomorrow morning in the quarterfinals of the match play bracket.

“Our players did a really excellent job,” coach Emily Fletcher said. “It’s been a long time coming, it’s been a long 12 months, but I’m really excited for the opportunity ahead of us. … They have just played some really, really impressive golf.”

Unsurprisingly, the Cats were led by senior Hannah Kim, who finished tied for 13th overall and shot two of the team’s three under-par rounds on the weekend, including a final round 2-under.

Playing in her fourth and final National Championships, Kim was the team’s most consistent golfer throughout the weekend, never shooting higher than 3-over despite the course’s fast greens and challenging tee shots.

Junior Janet Mao fired the only other under-par round by a Cats golfer on the weekend, and her 4-under 68 on Friday put her in second place in the rise for the individual title. That title was eventually captured by Wake Forest’s Jennifer Kupcho, while Mao dropped back with a 6-over second round.

Still, she played a crucial role in NU’s push into the top eight over the final days, shooting back-to-back 2-over rounds to help stabilize the team’s position.

After tougher opening rounds, senior Sarah Cho, junior Stephanie Lau and sophomore Brooke Riley all bounced back over the ensuing three days, and the Cats’ spot in the final eight was never in serious danger throughout the final day.

Last year, NU took first in the stroke play portion of the competition before taking down Kent State in the quarterfinals and Southern California in the semifinals en route to their championship loss to Arizona State.

While the experience may help, the path will certainly be different this year. If the Cats take down Stanford on Tuesday morning, they’ll face the winner of UCLA and Arizona in the afternoon.

Fletcher, however, isn’t looking too far ahead, and is focused on the imposing challenge that the Cardinal represent. Stanford is coming off a semifinal appearance at last year’s National Championships and its lowest scorer on the weekend, Andrea Lee, finished tied for second in the individual competition. Lee will go head-to-head with Mao as the duo anchor tomorrow’s match play showdown.

“With Janet playing her, Janet has been there before, she can handle this,” Fletcher said. “Janet shot 4-under the first day, there’s no reason she can’t beat Andrea.”