The Daily Northwestern • May 21, 2018 • https://dailynorthwestern.com/2018/05/21/lateststories/mens-basketball-notebook-northwestern-hires-emanuel-dildy-as-new-assistant-coach/ 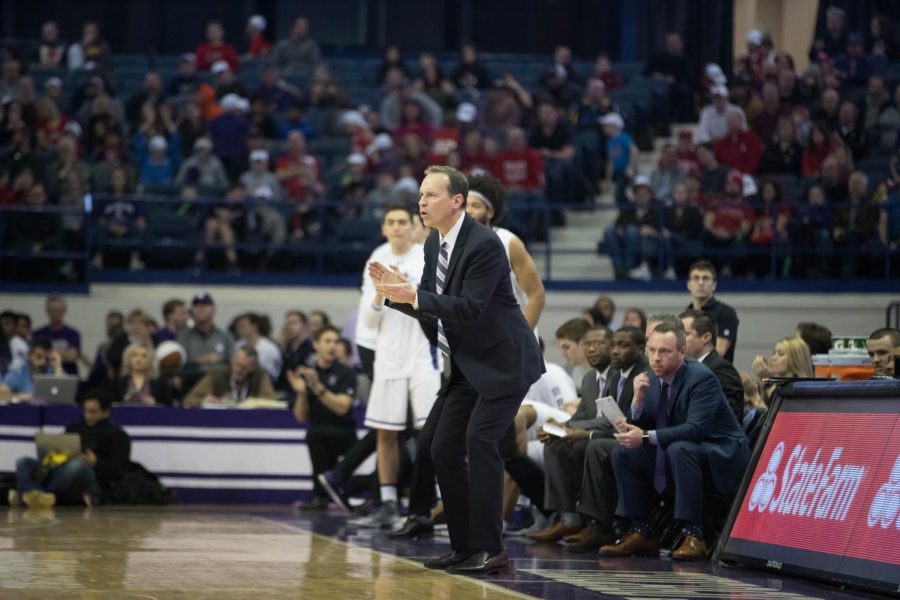 Chris Collins coaches from the bench. On Monday, he added a new coach to his staff to help lead Northwestern next season.

Emanuel Dildy was officially hired by Northwestern on Monday as a new assistant coach, according to a news release.

“(Dildy has) great energy, passion and enthusiasm for the game,” Collins said in the release. “He’s going to bring a strong work ethic and character to our program. We’re excited to have him join us as we move forward.”

NU will be Dildy’s fourth team in as many seasons, having served as an assistant at Valparaiso in 2017-18, Missouri in 2016-17 and Loyola-Chicago from 2013 to 2016. When he was hired last offseason by the Crusaders, Dildy was heralded as a great Chicago-area recruiter.

He played collegiate basketball at New Mexico State and Eastern Illinois, graduating in 2005.

“I’m extremely eager for the opportunity to help Coach Collins and staff continue to push the NU program to new heights both on and off the court,” Dildy said in the release.

After leaving NU to be announced as a new assistant at Florida on April 8, Armon Gates lasted only one month in the Sunshine State.

On May 8, he was introduced as an assistant at Nebraska, which is scheduled to host the Wildcats during the upcoming 2018-19 season.

What happened in the meantime remains decidedly unclear, with Gates only describing it to reporters at his Nebraska news conference as a “big-time whirlwind.” The Chicago Sun-Times reported that Florida coach Mike White “began feeling uncomfortable with the overall dynamic” of his staff, leading to Gates’ quick departure. Gates, however, told reporters in Nebraska he left the Gators after he “re-evaluated and assessed the situation” himself.

Gates had been an assistant in Evanston for the past five years.

Former NU guard Isiah Brown and forward Rapolas Ivanauskas both recently announced the schools to which they’ll transfer next year.

Brown, a shoot-first guard who saw his role decrease to near-nothingness in 2017-18, will transfer to the rising mid-major power Grand Canyon. Ivanauskas, who missed most of his two years with the Cats recovering from injuries, will head to Colgate.

Both will have to sit out next season, however, before playing for their new teams.