The Daily Northwestern • May 20, 2018 • https://dailynorthwestern.com/2018/05/20/city/electrical-fire-in-subway-suppressed-by-sprinkler-system-efd-action/ 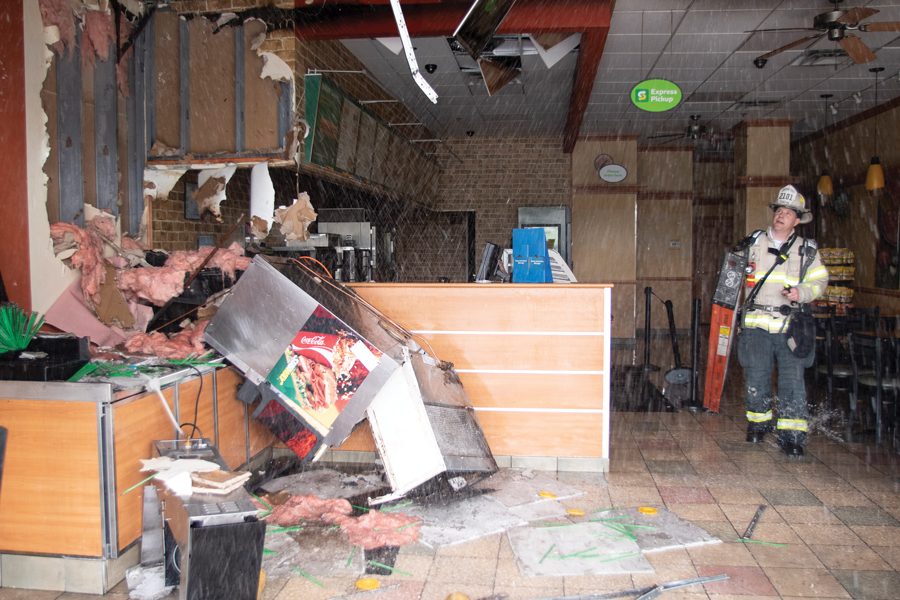 An EFD division chief walks through the Subway restaurant as the sprinkler system is running. The source of the fire is believed to be from the machine at the front of the restaurant.

A machine caught on fire Saturday afternoon in a Subway restaurant in the 1900 block of Dempster Street, causing some damage but no reported injuries.

Fire companies arrived at the restaurant around 1 p.m. and saw smoke coming from the front of the building. The fire was being held in check by two sprinkler heads, Evanston fire chief Brian Scott said.

Scott said the fire appeared to be an electrical fire, although the incident is still under investigation.

Marina Malku and Marita Yunan were in the Dunkin’ Donuts next door to Subway and said they heard a fire alarm and exited the building. The two said they were helping patrons exit the Dunkin’ Donuts when they witnessed the machine in Subway “blow up” and the restaurant fill with smoke.

About 10 patrons were in the Subway restaurant at the time of the fire, Malku and Yunan said.

Fire units remained on the scene until roughly 2 p.m.

The Subway restaurant suffered significant smoke and water damage, according to an EFD news release. The restaurant will remain closed for “a bit,” Scott said.