The Daily Northwestern • May 17, 2018 • https://dailynorthwestern.com/2018/05/17/lateststories/evanston-residents-advocate-for-ratification-of-era-in-illinois/

Evanston residents advocate for ratification of ERA in Illinois 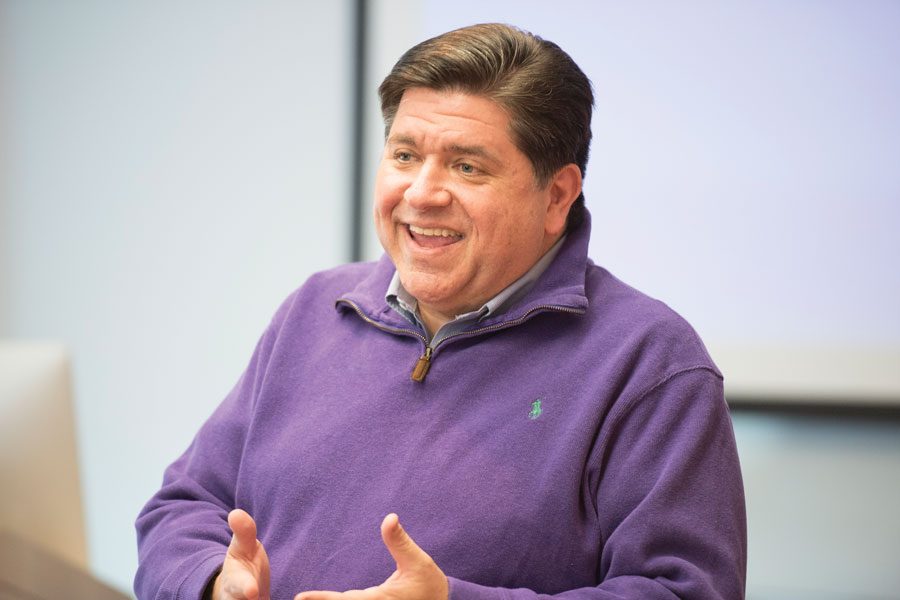 As a vote on the Equal Rights Amendment stalls in the state house in Springfield, local activists are taking matters into their own hands.

The constitutional amendment, which guarantees equal rights for all citizens regardless of sex, passed the Illinois House Human Services Committee along party lines 7-5 Wednesday and now awaits a vote on the House floor. State Rep. Lou Lang (D-Skokie), who proposed the measure, needs 71 House votes to make Illinois the 37th state to ratify the amendment, which was first proposed in 1972.

Representatives from Indivisible Evanston have been calling on Gov. Bruce Rauner to publicly support the amendment even before the legislation is on his desk. Indivisible Evanston is one of more than 5,800 Indivisible groups nationwide formed in the wake of the 2016 election with the mission to resist a conservative agenda on local, state and national levels.

Linda Tate (Weinberg ’76) said she, along with other representatives from Indivisible Evanston, has been calling constituents in other districts that are not as much of a “blue bubble” as Evanston is. She said ratifying the amendment is “absolutely critical.”

“As a woman that’s been in the business world … there was a lot of discrimination against women, and it still exists,” she said. “It’s really important that women are treated as equal to men.”

Tate said she has personally been calling Rauner’s office to ask him to publicly support the ERA. She said Rauner has been “a little back and forth” and has not been an “impassioned supporter” of women’s rights.

In a Thursday statement, Democratic gubernatorial candidate J.B. Pritzker called out Rauner for not supporting the ERA.

“Today I want to call on this governor to get off the sidelines and finally, finally summon the courage to lead,” Pritzker said. “This isn’t hard — women are asking for some basic rights.”

Tate said Pritzker’s statement is important because voters should know where the candidates stand on the ERA.

“It’s an election year, and we need to know where the candidates stand on this critical issue,” Tate said. “It’s important for anybody who’s going to be voting to know if Bruce Rauner stands for equal rights.”

Rees said “a lot of passionate people” attended to support the amendment’s passage.

“It’s so disappointing to me because I was a young woman when this first was proposed,” she said. “It’s been proposed for 50 years. It’s horrendous to imagine it has not passed the states.”

Tate said she was “blown away” after learning about the “misinformation” spread at the hearing surrounding the ERA, like that it is an “abortion-driven” piece of legislation. However, she said she was also impressed by how passionate ERA supporters were at the hearing.

“We’re half the country, and we deserve to be treated on an equal and fair basis,” Tate said.