The Daily Northwestern • May 16, 2018 • https://dailynorthwestern.com/2018/05/16/sports/softball-northwestern-looks-for-revenge-in-ncaa-tournament-this-weekend/

Softball: Northwestern looks for revenge in NCAA Tournament this weekend 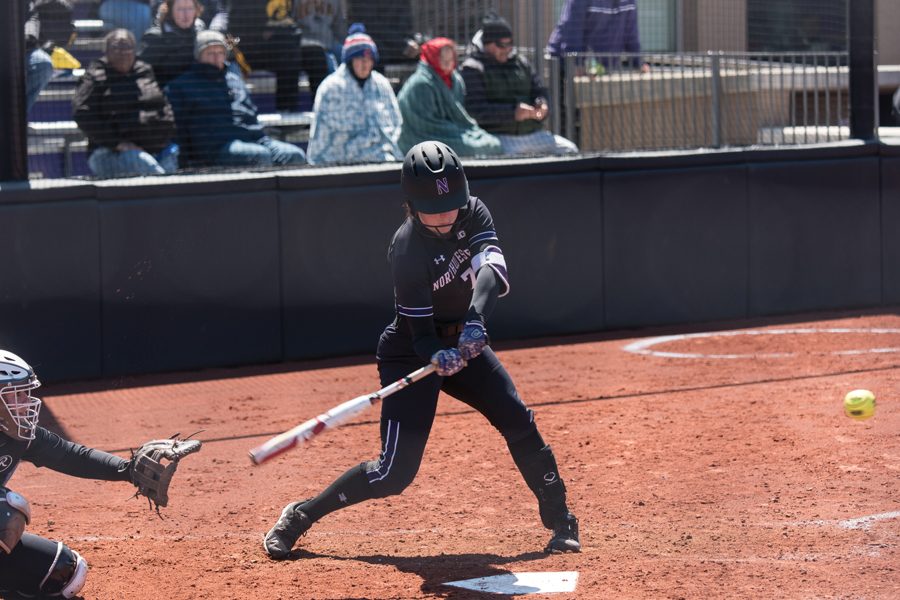 Morgan Nelson takes a hack at a pitch. The junior was a starter the last time Northwestern competed in a Regional in 2016.

Two years after losing in the Athens Regional of the NCAA Tournament, Northwestern will travel back to Georgia for revenge this weekend.

Coach Kate Drohan said the seniors’ experience and influence has benefited the team all season.

“Our senior leadership in general has really been the backbone of our team and that’s really helped our freshmen come around quickly,” Drohan said. “Especially what I’m getting from them right now; their attitude and their motivational level is great.”

Along with the nine players from 2016, there are a lot of new pieces on the team now as well.

This time around, Nelson feels that this team is different from the one that competed in Athens two years ago.

“We only have one fifth-year this year, so we really have a young team,” Nelson said. “We have a lot of talent and I think we have a faster team than we did back then. I think our speed is going to throw them off.”

Drohan added NU has a more balanced offense with more depth through the lineup than in years past.

Nelson said the team focused on offense in practice this week because they know they will have to produce this weekend.

The Cats will face California, who had a team ERA of 2.45 this season. If they get past the Golden Bears on Friday, they will likely have to face the Bulldogs, the regional host. Georgia had a combined ERA of 2.06, including four pitchers with an ERA below three.

NU has relied on freshman pitcher Kenny Wilkey for most of the season and sophomore Morgan Newport has found her rhythm late in the campaign.

Drohan said that having both Wilkey and Newport is like having two No. 1 pitchers available whenever they are needed.

“Right now, we have two pitchers who can pitch in any game,” she said. “The team plays well behind both of them. They are very comfortable with their pitching style and they have good anticipation.”

Although the Cats are very confident behind their two pitchers, Drohan said executing defensively remains a priority because they struggled last weekend.

With their season on the line, Drohan said that the memories of missed opportunities will be all NU needs to propel the team through the regionals.