The Daily Northwestern • May 16, 2018 • https://dailynorthwestern.com/2018/05/16/ae/local-theater-company-features-metoo-stories-in-annual-play-festival/ 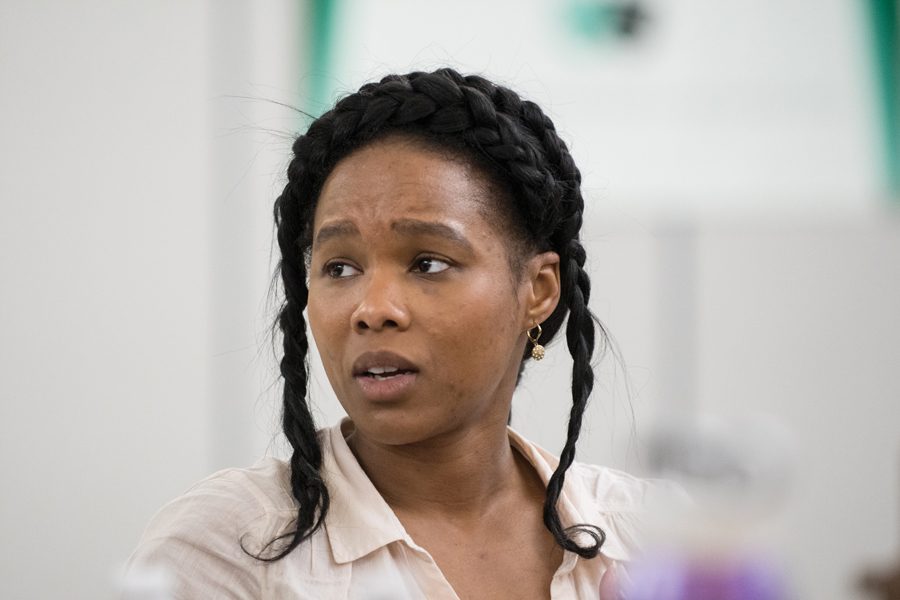 When TIME Magazine named the “Silence Breakers” of the #MeToo movement as its 2017 Person of the Year, John Frank (Medill ’76) and Carolyn Calzavara (Kellogg ’87) said they knew the stories of the movement would spark conversation. They decided to bring those conversations into the spotlight at the 2018 play festival for their theater company, 2nd Act Players.

“We just felt it was time. This was the issue that really needs to be talked about now,” Frank said. “And the response from the playwriting world was so strong that we really felt encouraged by that.”

The #MeToo Play Festival will take place Saturday and Sunday as well as May 26 and 27 at Northminster Presbyterian Church of Evanston, and features six short plays highlighting issues surrounding the #MeToo movement. The plays will be followed by a discussion panel between the playwrights, actors and speakers from various Chicago-based organizations that work against gender violence.

Frank said 2nd Act Players’ board of directors chose the six plays from nearly 40 submissions they received in a script competition earlier this year. The competition called for short works written by Chicago area playwrights, which he said ties into the company’s mission to showcase new voices.

Frank co-founded 2nd Act Players in 2012 with Calzavara, his wife. After Frank underwent heart surgery that year, he decided it was time to pursue his lifelong dream of writing plays. Frank said he later fell in love with acting as well, and what began as a “vanity project” quickly transformed into a full-blown theater company.

Because of the festival’s focus on #MeToo, Frank said he knew he had to take a step back from his usual leadership roles to let female voices take center stage. He is co-producing, stage managing and production managing the play festival, but he said he was insistent on finding a female director.

Frank said Aayisha Ruby Humphrey, who assistant directed for 2nd Act Players last year, came to mind as a perfect candidate. When he asked her if she was interested, she immediately said yes.

“It’s a privilege to be able to artistically create a platform where these stories can live, where we can dig deeper, find the issue at its root and continue to raise awareness,” Humphrey said.

Humphrey said the festival is formatted as a series of staged readings. The cast of six actors will take on various roles across the plays, so Humphrey said she plans to use costumes to distinguish between characters.

The subject matter of the plays ranges from serious issues like sexual abuse to more ambiguous topics like the changing dynamics within a marriage, Calzavara said. The judging committee made sure to select a wide range of stories for the festival, she said, including some that deal with the “gray area” of gender violence.

“Part of the theater’s mission is to start discussion, and I think that’s where the discussion gets interesting,” Calzavara said. “When it’s gray, it’s not so obvious that there is a bad guy and a good guy.”

In that vein, playwright Jean Waller’s “Cattywampus” follows a couple through an argument about their future together. Waller said her first draft of the play focused on the lovers’ quarrel, but when she revised the script for the festival, she added more personal and political context.

Waller wrote contemporary details into the play, like setting it at a women’s march and dressing the female protagonist in a knit pussy hat. She said the fact that women have been speaking out about similar issues for decades inspired her to participate in the festival.

“I went to college in the ’70s. … There were women’s encounter groups, and all kinds of radical feminism, and we were finally having some of the first lawsuits about discrimination in the workplace,” Waller said. “Forty years later, and we’re still having these same conversations — why can’t we move forward?”