The Daily Northwestern • May 14, 2018 • https://dailynorthwestern.com/2018/05/14/city/biss-endorses-former-opponent-pritzker-for-governor/ 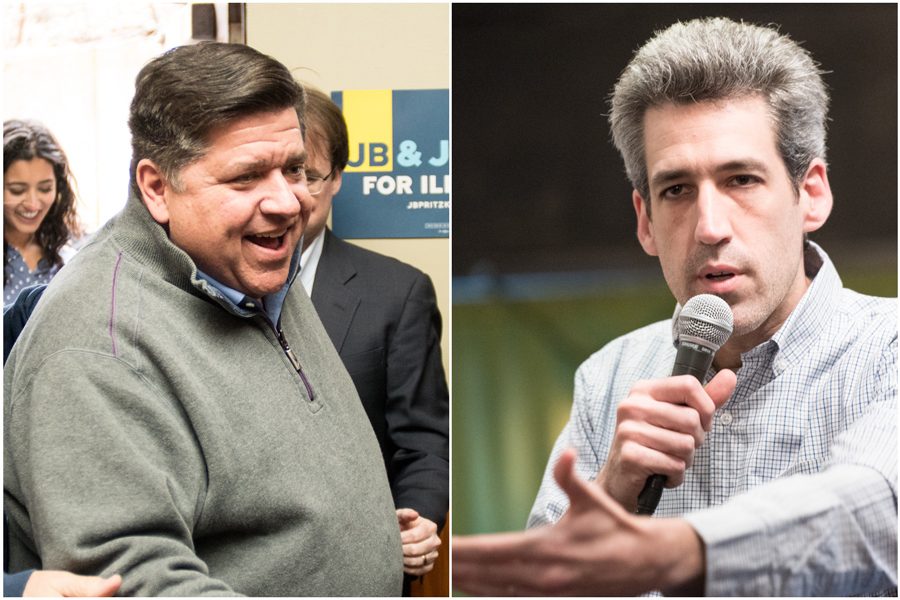 State Sen. Daniel Biss (D-Evanston) is now “all in” for Democratic gubernatorial candidate J.B. Pritzker after losing to him by just under 20 points in the March primary. Biss emphasized Pritzker’s prioritization of a progressive income tax and campaign finance reform as a few of the reasons for his endorsement.

“Since the primary, JB Pritzker and I have had a series of productive discussions about the future of the State of Illinois,” Biss said in a statement. “I’m thrilled with his relentless focus on a progressive income tax as the right way to fix our budget without burdening the middle class or the poor, and I’m pleased that he’s committed to fight for campaign finance reform so our political system is accountable to everyone.”

In a statement, Pritzker said he was “excited” to have Biss’ support.

“Democrats are united and we will win big in November so we can put Springfield back on the side of working families and move Illinois forward,” he said.

Even though it’s been two months since Biss lost to Pritzker, he’s been reluctant to give full support to the billionaire, saying he still had some questions about how Pritzker would tackle campaign finance reform, among other issues.

At a unity breakfast after the primary, Biss said he opposed incumbent Gov. Bruce Rauner but also made public comments suggesting he wouldn’t fully support Pritzker.

“It’s really important for us to say more than just we are against Bruce Rauner,” Biss told Illinois public radio in April. “I would love for J.B. to empower me to make that kind of affirmative endorsement of his campaign.”

Biss told Politico on Sunday that he’s always said he’d support the Democratic nominee, adding that the “right way” to do so was to “take time to have a series of conversations with (Pritzker).”

In the Monday statement, Pritzker said he and Biss have a relationship “rooted in the shared values that lead us both to fight for a progressive income tax, campaign finance reform, legalizing marijuana, and healthcare for all.”

In response to the endorsement, Rauner criticized Biss for endorsing after spending “months attacking” Pritzker. In a statement, Rauner listed examples of Biss critiquing Pritzker and “highlighting (his) corrupt past.”

“If we are concerned with the way state government has gone since 1983, if we think that the concentration of power is too great in the state of Illinois, if we think that the fabled political machine that has screwed so much stuff up over the course of these many decades, is too powerful, electing J.B. Pritzker governor is literally the worst thing we could possibly do,” Biss told the Chicago Maroon in March.

However, Biss said he will spend this year “proudly campaigning” for Pritzker, his running mate state Rep. Juliana Stratton (D-Chicago) and Democrats “up and down the ticket.”