The Daily Northwestern • May 10, 2018 • https://dailynorthwestern.com/2018/05/10/campus/weinberg-junior-julia-shenkman-confirmed-as-asg-chief-of-staff/ 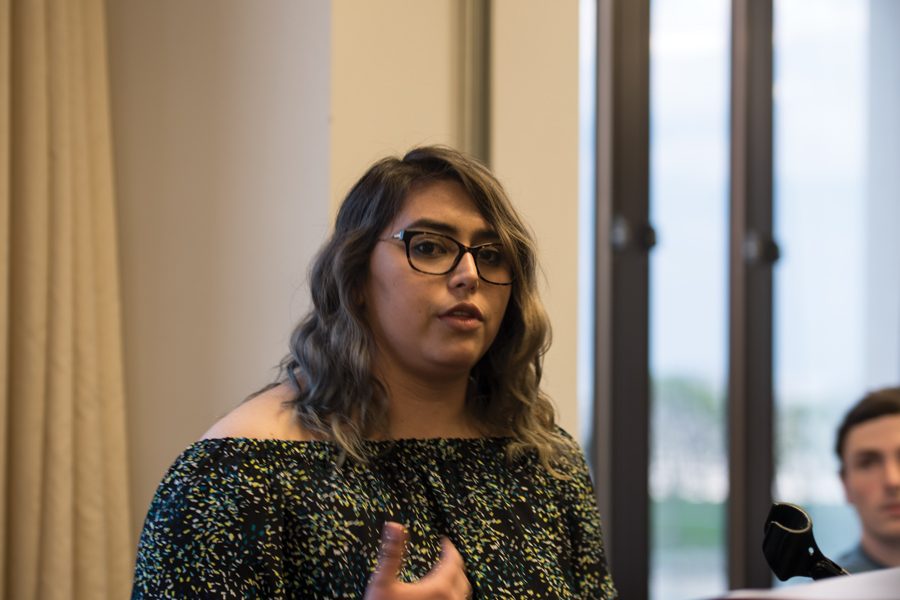 Julia Shenkman is sworn in as Associated Student Government’s chief of staff. The Weinberg junior was unanimously confirmed at Wednesday’s Senate.

The Weinberg junior previously served as the election co-commissioner. She said serving in that role taught her the value of maintaining active dialogue in an organization, something she would implement as chief of staff.

“Open communication is key,” Shenkman said. “Making sure that you’re talking to everyone and hearing everyone’s side and understanding the nuances of the situation (is important).”

Shenkman also said she will encourage collaboration within the executive board by holding meetings with vice presidents to develop a balance between ASG President Sky Patterson’s platform and the vice presidents’ own goals for their committees.

Former chief of staff Lars Benson said he learned in his tenure that the chief of staff’s effectiveness and drive can “keep an administration going.” He said he believes it is a crucial role.

“Both myself and the selection committee are incredibly confident in Julia’s ability to do this,” Benson said. “The ideas she proposes are truly original and truly inspired.”

Though Shenkman will be in Texas conducting research during Fall Quarter, she said she will still be able to take an active role in fall recruitment and other chief of staff duties. She said establishing a strong relationship with her deputy chief of staff will ensure that her day-to-day functions are done well.

“I’m not halfway around the world or something,” Shenkman said. “I have been abroad before and still maintained two executive board positions.”

Finally, Shenkman said she hopes to use the role to make ASG the best that it can be for its members. She said ASG has a competitive culture that she wants to address.

“I really want to focus on … building a collaborative space within ASG (and) really making sure this is a fun space for us,” she said.