The Daily Northwestern • May 9, 2018 • https://dailynorthwestern.com/2018/05/09/lateststories/student-run-music-management-company-brings-its-leading-artist-to-evanston/ 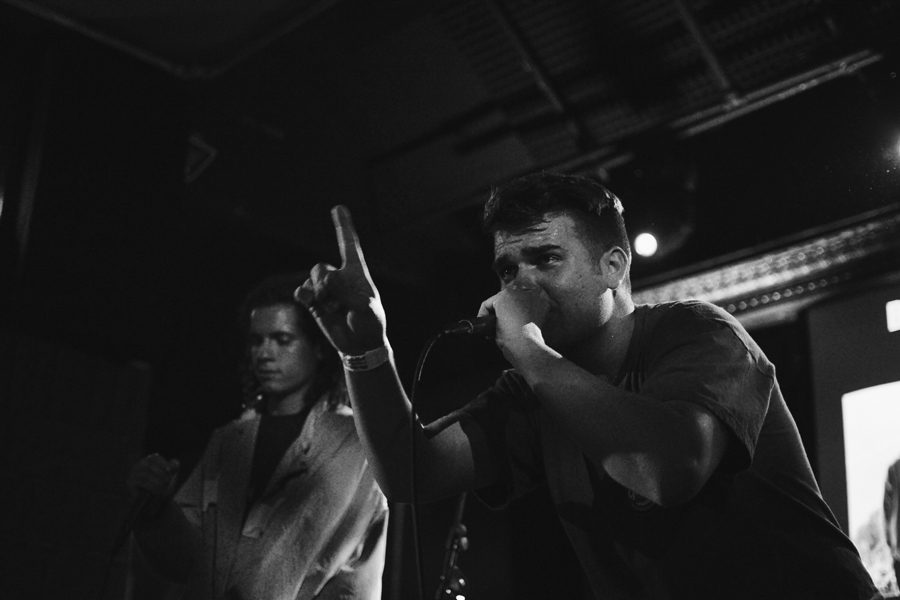 The summer before coming to Northwestern, Communication sophomore Ethan Larson was determined to break into the music industry. However, he quickly realized no one wanted to hire a 17-year-old fresh out of high school.

So, Larson and a close friend did the next best thing: They launched their own company.

The GoldCoast Collective — originally called Devilhorn — started off as a small business that managed some of their friends’ work. After Larson’s co-founder left, he took the project to NU, and the budding company found its new home at The Garage after being accepted into its Tinker Program this quarter.

GoldCoast Collective will present a performance by its lead artist, Brendan Bennett, at La Macchina Cafe this Friday. The 19-year-old musician will travel from Boston to make his Chicago area debut, performing alongside fellow musicians Eddy Rock and John Charles.

Medill sophomore Kahlil Ellis, who oversees the company’s media, said the GoldCoast Collective wanted to bring Bennett to Evanston to expand his reach and hopefully attract a following at NU.

Bennett, he said, is an artist students will “easily resonate with.”

“He’s got a college vibe to him with his lyrics, a lot of twists catered to a lot of different audiences,” Ellis said. “He’s one of those artists that you can say speak for the people.”

Bennett said he started writing music in seventh grade and was drawn to rap because of its creativity and “lack of musical rules.” Before joining GoldCoast, he served as the executive producer on two projects for other artists, which were mixed and engineered by Grammy Award-winning producer Capi. In March 2017, Bennett released his EP “The Year We Got Right: Part One,” featuring three pieces of his work.

Once the attention from his EP faded, Bennett said a mutual friend of his and Larson’s introduced him to the GoldCoast Collective. After hours of FaceTime calls and months of discussing their visions, Bennett signed a contract with the group.

He said his partnership with the collective has sparked “real friendships.” Since both Bennett and the company started from humble beginnings, they hope to leverage one another’s success, he said.

“Every time a new connection is made or a new investor comes to them or a new opportunity arises for them, it arises for me,” Bennett said. “And every time I work on a new album or I meet a new artist or release a new song, it builds traffic to them.”

At the upcoming performance, Bennett said he hopes audience members connect to his music and leave the room “feeling something.” The whole point of making music, he said, is to bring people together.

Larson said Bennett perfectly matches everything the GoldCoast Collective stands for, placing collaboration as a focus in his work. Larson added he wants to give Bennett’s music the spotlight it deserves.

Ellis said while the GoldCoast Collective isn’t considered an official label for artists, he hopes it serves as a collaborative effort where everyone has each other’s best interests at heart.

Pointing to the collective’s mission statement — “for creatives, by creatives” — Ellis said he wants the group to be “driven by passion first and foremost.”

“We’re all young, open-minded people,” Ellis said. “We want to just put the best thing out there, make people happy.”