The Daily Northwestern • May 9, 2018 • https://dailynorthwestern.com/2018/05/09/lateststories/eths-grad-pulitzer-prize-winning-journalist-reflects-on-success/ 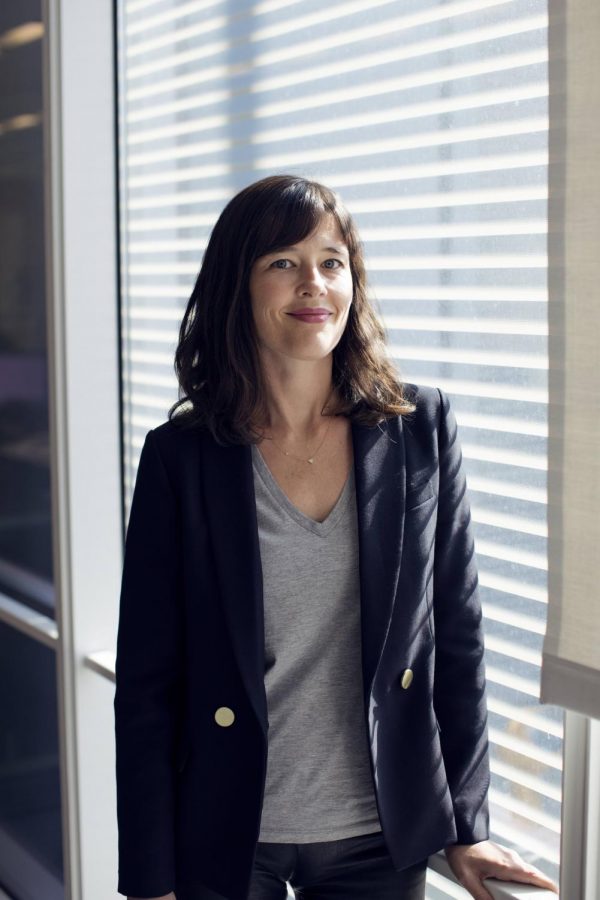 Megan Twohey learned how to swim at the McGaw YMCA, took a journalism class at Evanston Township High School and would catch up with friends at Tommy Nevin’s Pub. Now, Twohey is a Pulitzer Prize-winning journalist and author of the New York Times article that exposed years of sexual abuse allegedly committed by Harvey Weinstein.

In April, Twohey won a Pulitzer Prize for public service and was also named one of Time’s 100 most influential people in 2018.

Twohey told The Daily the article had been months in the making.

“(We) were just staggered to see our coverage become part of this broader world-wide reckoning on sexual harassment and abuse,” she said.

Twohey grew up in a “journalism family.” She said her father was an editor at the Chicago Tribune and her mother was a television news producer. She said she was raised to question “the establishment.”

“Coming up in an economically and racially diverse school system was significant for me,” Twohey said. “The Evanston public school system forced me to examine issues of economic, social and racial justice.”

She said when she was a teen, Medill Prof. Alex Kotlowitz’s reporting on public housing in Chicago “stuck with her.” She cited his work as one of the pieces that inspired her to become a journalist because it demonstrated the power reporters have to “pull back the curtain” on instances of injustice.

Twohey graduated from ETHS in 1994, and later majored in American Studies at Georgetown University. She graduated in 1998, and returned in 2007 to Chicago, where she reported for the Chicago Tribune for four years.

Much of Twohey’s investigative work has resulted in policy change, criminal convictions and the creation of laws that protect women’s and children’s rights.

Twohey said one of her first pieces that sparked change was on a woman who was shot and killed by her boyfriend in a Chicago suburb parking lot. She said the case drew a lot of attention because the woman had taken all the available steps to protect herself, but her boyfriend was still able to “hunt her down.”

She said the story triggered a broader investigation into the failures of the court system to protect victims of domestic violence. It also prompted Illinois to become the first state to require the testing of all rape kits.

“From there, moving forward, I did additional reporting on ways which the criminal justice system and state regulations and other government bodies were failing to protect female victims of crime,” Twohey said.

This work, she said, translated into her reporting of sexual assault allegations against Weinstein.

In a speech by Kantor and Twohey reflecting on their work, Kantor said she and Twohey were motivated to keep digging by having young daughters of their own.

“We want our daughters to understand that this work is not about celebrity, or even individual predators,” Kantor said, “but about our team’s discovery of what now seems like an entire system of silencing women and erasing their experiences.”

Twohey — who is working on a book addressing the Weinstein allegations — will speak about her coverage of the #MeToo movement at a Contemporary Thoughts Speaker Series event Thursday. She said she is excited to hear what students have to say about the results of her reporting.

CTSS vice president Amanda Gordon said the group has been following Twohey’s work for a while because it has been so influential. Gordon added that Twohey’s parents will attend the event.

“When we were putting together this panel, we wanted someone who really represented this #MeToo movement,” Gordon said. “We think she is a really valuable journalist for our time.”

Twohey said she is proud of the work she has been able to do while reporting in Chicago and New York City. But she makes sure to visit her parents and the home she grew up in near Green Bay Road and Central Street.

“I loved growing up in Evanston and I think it really helped shape not just the person I’ve become, but the journalist I’ve become,” Twohey said.