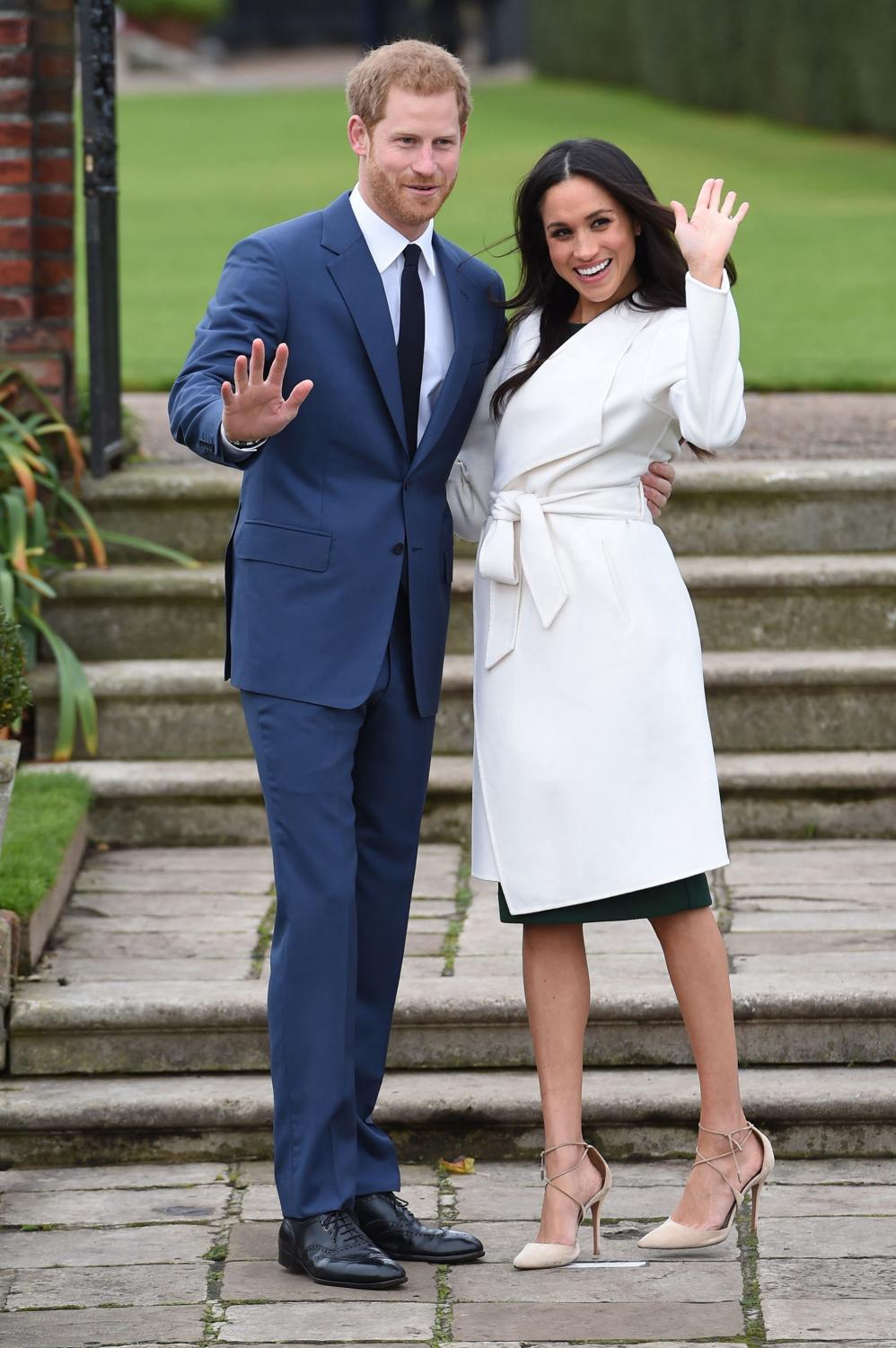 Meghan Markle (Communication ’03) and Prince Harry greet a crowd. The couple will get married in St. George’s Chapel on May 19. (Source: Eddie Mulholland/Daily Telegraph/PA Wire/Abaca Press/TNS)

Meghan Markle (Communication ’03) and Prince Harry greet a crowd. The couple will get married in St. George’s Chapel on May 19.

Meghan Markle’s road up the steps of the palace

It’s a tale as old as time: Whether it’s Marilyn Monroe wooing the likes of Laurence Olivier in “The Prince and the Showgirl,” or Meg Ryan charming Hugh Jackman in “Kate & Leopold,” fictional British royals never fail to fall in love with the American darlings who sweep them off their feet.

It’s a tale as old as time, only now it’s reality.

California-born Rachel Meghan Markle will soon become the newest member of the British royal family when she marries Prince Harry on May 19. Markle, who graduated from Northwestern’s School of Communication in 2003, is the first American to be granted the title “Her Royal Highness.”

The royal wedding is set to take place at St. George’s Chapel in Windsor Castle — just a few miles away from Eton College, the private high school Harry and his brother, Prince William, attended.

Royal families from countries around Europe — including Norway, Denmark, Sweden and Greece — are expected to swarm the ceremony dressed in formal attire. According to a statement from Kensington Palace, Markle and Prince Harry weren’t required to invite international and British leaders to their wedding; some prominent names were left off the guest list, including British Prime Minister Theresa May, U.S. President Donald Trump and former President Barack Obama.

Though the 22 months from their first date to the wedding day may seem like a rush to the altar, Markle told Vanity Fair in October that she and the prince are happy and in love, and that their relationship is strictly “for us.”

“I’m sure there will be a time when we will have to come forward and present ourselves and have stories to tell, but I hope what people will understand is that this is our time,” she told Vanity Fair. “It’s part of what makes it so special, that it’s just ours. … Personally, I love a great love story.”

The young couple were set up on a blind date by a mutual friend in London in early July 2016, Markle and Harry told BBC News a few days after their engagement in November. After two back-to-back dates and rigorous coordination of their calendars — Markle was on set for the seventh season of the hit legal series “Suits” in Toronto — Harry took his then-girlfriend on a trip to Botswana, where they shared a tent and “camped out with each other under the stars.” Harry later used a diamond from Botswana as the centerpiece of the engagement ring he designed for Markle, along with smaller diamonds that belonged to his late mother, Princess Diana, to ensure “she’s with us on this crazy journey together.”

As with any royal romance, rumors began swirling early on and Markle quickly became the target of a media storm. She is not only the first American to henceforth be referred to as “Her Royal Highness,” but she’s also a biracial divorcee who went to Catholic school. Four months into the couple’s relationship, the Daily Mail began circulating headlines calling Markle “(almost) straight outta Compton” and scrutinizing her parents’ financial hardships. Another British tabloid, the Daily Star Online, published a piece saying the prince might marry into “gangster royalty.”

So, after months of keeping their love secret, Prince Harry asked Kensington Palace to issue a statement first confirming his relationship with Markle, and also denouncing the media for its intrusion into their private lives.

According to the statement, Harry was “deeply disappointed” he could not protect his girlfriend from the “wave of abuse and harassment” she had been subject to about her race from social media trolls and web articles.

Markle has never hesitated to speak up about her identity in the past. In a 2015 essay she penned for Elle magazine, she shared small vignettes from her life as a biracial woman, choosing to “be braver, go a bit deeper” and be honest with the readers about her experiences.

“While my mixed heritage may have created a grey area surrounding my self-identification … I have come to embrace that,” Markle wrote. “To say who I am, to share where I’m from, to voice my pride in being a strong, confident mixed-race woman.”

On Nov. 27, 2017, when Markle and the prince officially announced their engagement, Twitter users trended the hashtag “#blackprincess” and pointed to how such a union would have been unthinkable only a few years ago.

Markle is no foreigner to advocacy. At Northwestern, she double majored in theater and international studies, and later became involved with the United Nations Entity for Gender Equality and the Empowerment of Women. She was also a global ambassador for World Vision, an organization that brings humanitarian aid to refugees worldwide.

During her last quarter at Northwestern, Markle enrolled in a course called “Studies in Black Performance.” In those 10 weeks, eight students would arrange their desks in a small circle in a Parkes Hall classroom and discuss black theater and race in U.S. society, said Harvey Young, former chair of NU’s theater department and Markle’s professor in the class.

“When I think of Meghan, I remember her sitting at that little desk and speaking with a sense of urgency,” Young told The Daily. “Every so often, she would stay after class, essentially for ad hoc office hours, and we would talk about a range of topics from the reading to her many activities across campus to her experiences as a NU student.”

Young added that the royal family will be more relatable with a biracial woman who openly talks about racial identity joining it, especially because people of color are underrepresented in British politics.

In February 2014, Markle visited Northwestern to promote the third season of “Suits.” Though she said during a campus event that she admired her role as an independent paralegal in a show that created “female archetypes,” Markle will no longer appear in the series.

“I don’t see it as giving anything up, I just see it as a change,” Markle told Harry in their BBC interview. “Now it’s time to work as team with you.”

Read more from May’s edition of The Monthly here.