The Daily Northwestern • May 7, 2018 • https://dailynorthwestern.com/2018/05/07/campus/students-unhappy-with-two-year-residency-requirement-following-housing-assignment/ 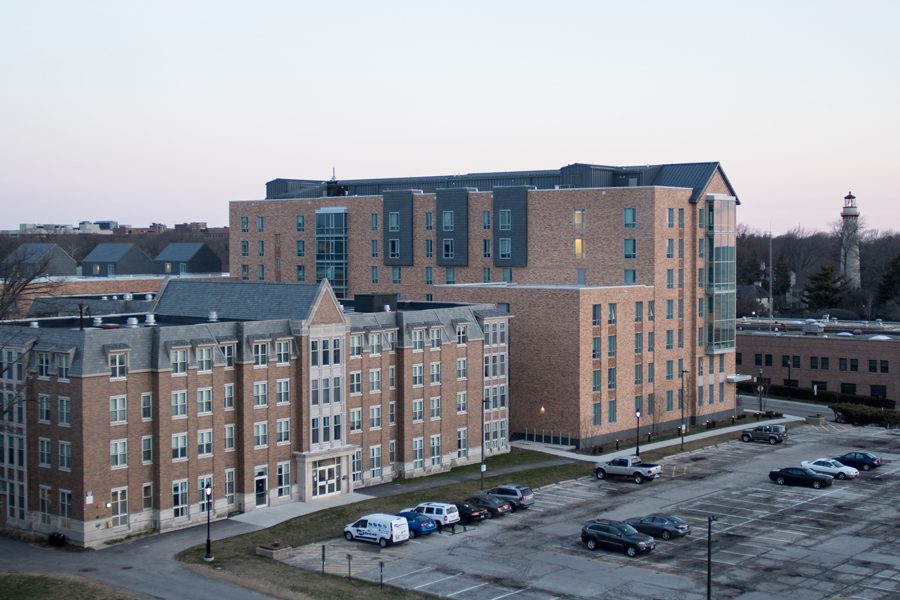 560 Lincoln and Kemper Hall. Students said the housing process should be more transparent and more facility options should be provided for returning students.

Students are voicing complaints about the housing assignment process as Northwestern rolls out its new two-year residency requirement.

The class of 2021 signed up for 2018-2019 housing late April. They are the first class to face the University’s two-year live-in requirement, which was announced in 2014 as part of a plan to overhaul NU’s housing system.

To accommodate the growing number of on-campus residents, several buildings –– such as 1838 Chicago, Bobb-McCulloch Hall and Elder Hall –– have been adjusted to house 50 percent freshmen and 50 percent returning students. Greek housing will now also be considered on-campus housing.

Medill freshman Lark Breen, who initially wanted Kemper Hall but was assigned Allison Hall instead, said a lack of information regarding possible housing options made the process frustrating. She said she had little idea of how her selection would be made once she got onto the website, and she received conflicting information from administrators.

“The biggest thing was just a miscommunication and lack of info that was readily available,” she said. “A bunch of us were calling housing very regularly or emailing them, and every single time we were met with a different answer from them.”

Breen added that she found it unfair that NU reserved all doubles in 560 Lincoln for incoming freshmen while only leaving singles open for returning students. Though she understands that doubles are necessary for freshmen’s “social experience,” she said they are the only affordable option for students who need to live on North campus, such as athletes.

As part of the new residential model, a working group will be formed to research the difficulties students encountered while applying for housing, said Mark D’Arienzo, senior associate director of University housing administrative services.

Weinberg freshman Ryan Farley, who will be living in Bobb Hall next year, said he is frustrated the University is implementing a two-year residency requirement when facilities are not up-to-date. The “cramped spaces with white cinder block walls” may be a part of the first-year experience, he said, but he is not looking forward to living in those conditions again.

“We’ve all experienced one year in a dorm, and it kind of feels like at that point you’ve done it,” Farley said. “You’re ready to move into something more like a house that you live in the rest of your life.”

In response to the complaints of outdated facilities, D’Arienzo said the University will continue its 10-year Housing Master Plan. According to the plan, Jones Residential College — which is currently offline for renovations — and a new building at 1830 Sheridan Rd. will open in 2021. Foster-Walker Complex will be renovated in 2022, and Bobb-McCulloch Hall may be rebuilt in 2023-2024.

D’Arienzo also acknowledged that students may be more frustrated with the housing process because it is different from their prior experience with the system. While the class of 2021 had put down their preferences and received an assignment as incoming first-year students, this year they had to individually choose their rooms.

“That caused more confusion than anything else because they were hoping what they wanted was available, and if it wasn’t available, it increased the level of frustration,” D’Arienzo said.