The Daily Northwestern • May 6, 2018 • https://dailynorthwestern.com/2018/05/06/lateststories/district-65-teacher-wins-illinois-teaching-award/ 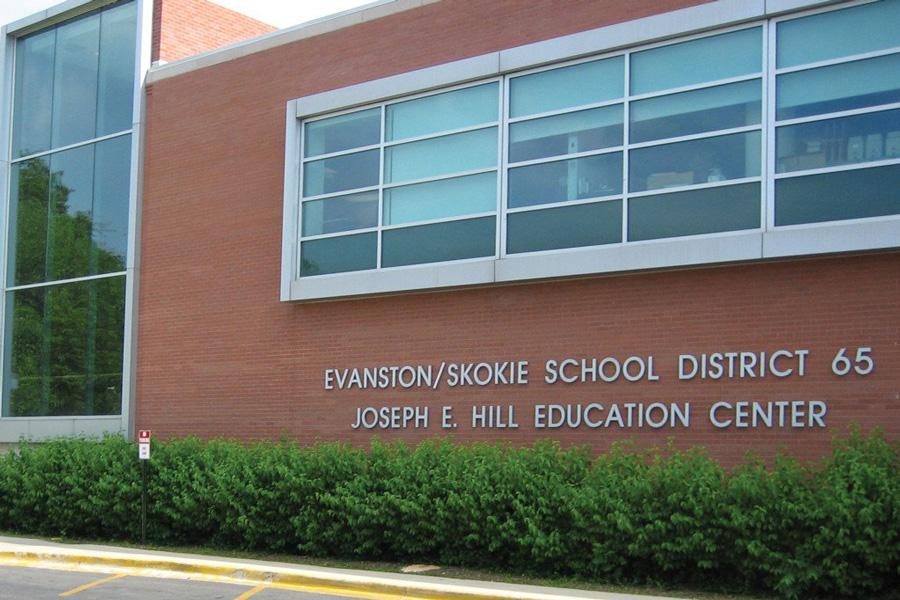 Evanston/Skokie District 65 superintendent Paul Goren said every time he visits Kristin Mitchell’s classroom, he can tell how much her students enjoy learning from her. When Mitchell received the Golden Apple Award for Excellence in Teaching & Leadership, Goren said it could not have gone “to a nicer person.”

Mitchell has taught kindergarten at Dr. Martin Luther King Jr. Literary and Fine Arts School for 10 years. She received the award on March 23 from Golden Apple, an Illinois nonprofit that aims to celebrate and support teachers.

“It’s really a special thing to be honored this way,” Mitchell said. “It gives you a lot of that drive to keep moving. It feels like I actually am doing something and it makes me want to keep pushing to do more all the time.”

According to a March 23 news release, the organization received 650 applications this year — a record number — from students, parents, peers or administrators on behalf of kindergarten to third grade teachers. Mitchell was one of 10 teachers who received the recognition, and she will be honored at a May 19 gala.

Each award winner will have the chance to study at Northwestern for a quarter — free of tuition — receive a $5,000 cash award and become a Golden Apple Academy fellow, according to the release.

“Golden Apple is proud to recognize this year’s award recipients for their exceptional accomplishments in the classroom,” the organization’s president and CEO Alicia Winckler said in the release. “Each of the recipients is uniquely talented and epitomizes the dedication, skill and drive in the teaching profession.”

District officials, King Arts staff and Golden Apple representatives surprised Mitchell at an assembly, Goren told The Daily. Thinking she needed to find files for the superintendent, Mitchell said she rushed into the auditorium to discover the surprise, and it was a “mortifying” and “wonderful” experience. Goren said he greeted her with the “highest level of congratulations” and a hug.

In deciding to be a teacher, Mitchell said she always wanted to be in the classroom, but she thought she would teach high school math. When she switched to elementary education, it felt right, she said. At the kindergarten level, she said, she focuses on building relationships between students and their families, a skill Goren took note of.

“I’ve talked to several parents, and they adore her,” Goren said. “She’s a really supportive teacher, and that really plays an important role in engaging families in the learning process as well.”

Mitchell has worked to close the achievement gap as a part of school environment and climate work by focusing on early literacy, according to the release. Now that she has two children of her own, Mitchell told The Daily she learned how to differentiate her curriculum for student needs, building off her relationships with students.

In the classroom, Mitchell said she teaches her students to try their hardest without being afraid of making mistakes. She said she models these values and comes to class with a smile on her face every day to make students’ experience at school a positive one.

“Kindergarten is super special because we see so much happen in this year,” Mitchell said. “We see them come in and tell us that they don’t know how to read, and then they leave me (as) readers or they leave me as writers. Sometimes, it’s even a look in their face — it’s as if a window opens.”