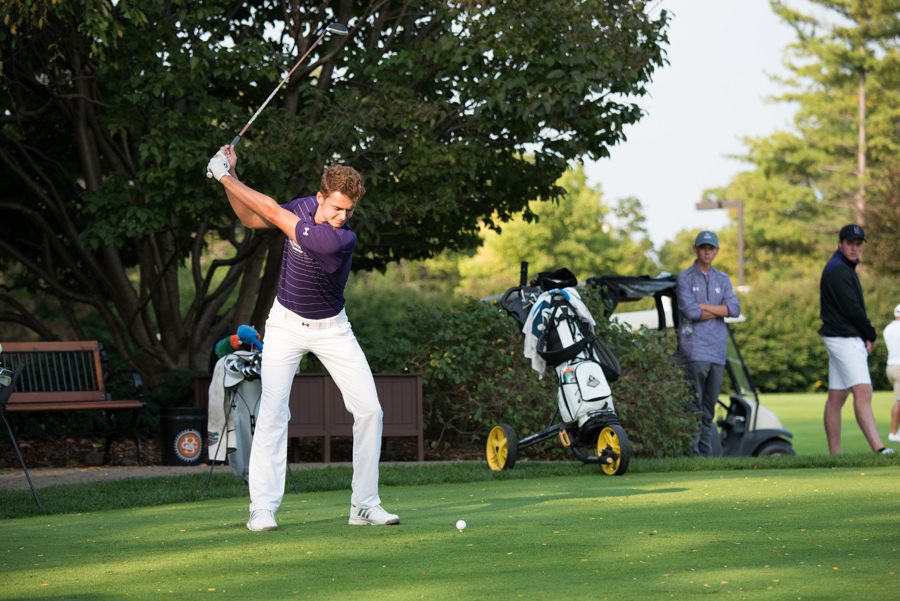 Chilly weather and winds up to 32 miles per hour in Baltimore plagued the entire field at the Big Ten Championships during Sunday’s third and final round — only two golfers in the whole tournament turned in an under-par round.

But it was during Saturday’s sunny paradise that coach David Inglis said he thought his Northwestern team — which eventually finished fifth in the 14-team field — missed its chance to make a move into championship contention.

“Where we really fell short was … when the weather was very good, we didn’t make enough birdies,” Inglis said. “Ultimately, yesterday was a day where a good round would’ve been 10-under par as a team, and we shot 3-over. That was probably what really put us in a bad position.”

The Wildcats turned in a final team score of 23-over for the tournament, just three strokes behind fourth-place Penn State but well off the pace set all tournament long by Illinois (4-under), which won its fourth straight conference title. NU was runner-up to the Fighting Illini in last year’s tournament.

Although Saturday’s 3-over team score was the best of the three days for the Cats, it wasn’t strong enough to push the team up the leaderboard on a day when every golfer was turning in solid scores. Illinois, which NU trailed by only four strokes after Friday, went 12-under Saturday; Ohio State, Iowa, Penn State and Michigan all also recorded below-par team scores on the day.

“We came into this week wanting to win and fully believing we could win, and so to perform like we did, it really was (a) disappointing weekend,” junior Ryan Lumsden said. “We felt like we were really going to be a team that would challenge Illinois, and we just, for whatever reason, didn’t perform, didn’t compete and didn’t get the job done.”

Individually, Lumsden rode a consistent day-by-day performance to a tie for 10th place at 4-over, but it was senior Dylan Wu — in his final Big Ten Championship — who headlined the Cats’ weekend.

Wu entered Sunday at 3-under and finished the tournament at even par to place third out of 70 eligible golfers in the tournament, his best career finish in the Big Tens. He was ninth in 2017 and tied for sixth in 2016.

The senior from Oregon said he relied on patience to conquer the Baltimore Country Club course in spite of the unseasonable weather and improved upon momentum he had been building during the team’s spring season.

“Throughout the spring, my game hadn’t been that bad and the results hadn’t really showed that,” Wu said. “I didn’t necessarily look that pretty this week, but I definitely think I got the ball in the hole more efficiently than other weeks.”

Senior Sam Triplett finished the tournament tied for 22nd overall at 7-over, while sophomore Everton Hawkins tied for 40th at 12-over and junior Pete Griffith rounded out the Cats’ group of five competitors with a 67th-place finish at 22-over.

Inglis said it was consistency that cost NU a shot at the title. Triplett, for example, recorded a sparkling 1-under Friday round — tying Wu for the team best — but went 4-over each of the other two days. And Hawkins went even-par Saturday but sandwiched it between two rounds of 6-over.

“Individually in moments, we had some good performances, but we’ve got to put three rounds together,” the coach said.