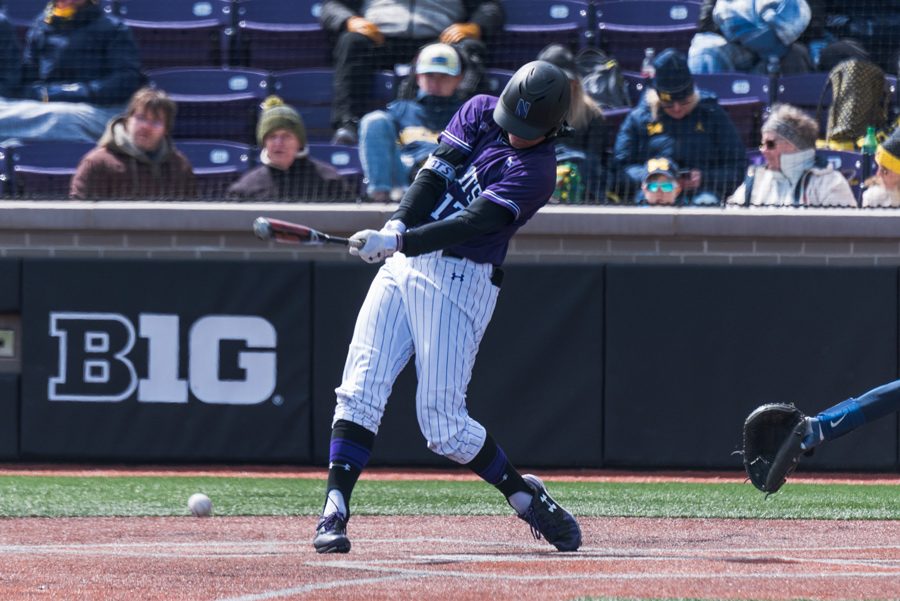 Northwestern might need some help finding its brooms after the team completed its first series sweep of a conference opponent since May 2017 over the weekend.

The Wildcats (13-24, 4-14 Big Ten) went into State College, Pennsylvania, and won their first conference series of the season in resounding fashion, taking advantage of a porous Penn State (9-28, 1-16) pitching staff by recording 21 runs over the three games. The Nittany Lions took leads of 4 and 5 runs into the eighth inning in each of the first two games of the series before the Cats capitalized on the team’s imploding bullpen for back-to-back, late-game wins.

The Friday game of the series looked grim for NU, as the team trailed 6-4 in the bottom of the eighth when the remainder of the game was postponed to Saturday due to rain. But the team then scored 3 runs in the top of the ninth and won the contest 7-6.

Following their 8-7 win later on Saturday, the Cats tripled their season total of 1-run wins, as they previously had gone 1-6 in those situations.

Sophomore third baseman Charlie Maxwell was a surprise contributor to NU’s last-minute success in the first two games with a home run, a triple and 6 RBIs in the final two frames. He said the 2 home runs he has hit in the past two weeks — the other coming in last weekend’s Michigan State series — matched his total from his entire high school career.

The Evanston native said it was “the best feeling” to look into his dugout after his clutch pieces of hitting and see the entire team fired up.

“On Friday night, on our way back from the first part of the first game, coach (Spencer) Allen really challenged us all,” Maxwell said. “So I just stepped up to the box and I wanted to show him that our team was better than what we were showing.”

In Sunday’s series finale, the Cats broke the game open early, stringing together four consecutive baserunners in the first inning and causing the Nittany Lions to yank starting pitcher Taylor Lehman before he recorded an out. By the fifth inning, NU had established a 4-run lead that it never relinquished, cruising to a victory behind strong relief performances from freshman Anthony Alepra, sophomore Josh Levy and senior Tommy Bordignon.

“Guys are really playing up to their capabilities,” Allen said. “It was fun to watch, and hopefully we can continue that.”

NU’s offensive stalwart, junior shortstop Jack Dunn, kept his stellar season going at the plate this weekend, recording two hits in every game and raising his batting average to .317 on the year. He said he’s confident at the plate and is making his best effort to drive pitches he can handle after getting into good hitting counts.

The junior shortstop also extended his team-leading hitting streak to 10 games, although he said he doesn’t think about it very often. Instead, Dunn said he focuses on having good at-bats and winning games.

“I try not to look at it because I know the moment I look at it and start thinking about it, it could come to an end, because that’s how baseball works,” Dunn said. “I don’t really talk about it. Hopefully it goes for the rest of my life.”