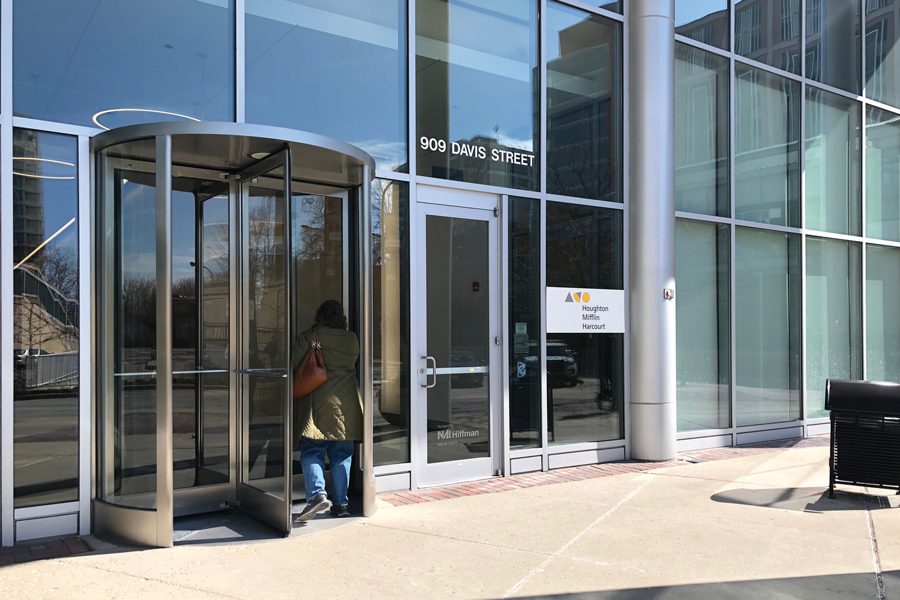 Industrious, 909 Davis St. The new coworking office plans to open on May 21.

A new coworking office plans to open May 21, offering around 70 private office spaces along with a handful of coworking areas at 909 Davis St., said Katrina Meckes, the office’s community manager.

The new office, Industrious, will be the third coworking space in Evanston and the third Industrious location in the Chicago area. It will join Creative Coworking and coLab in offering independent and shared work spaces that several businesses can rent.

Though Industrious has offices all over the country, Meckes said the Evanston space will be its “first real suburban location.” The space will be adjacent to stops for the CTA train and the Metra, making Industrious a bridge between the northern suburbs and Chicago, Meckes added.

She said the company’s new suburban office will offer another way for business to grow.

“People love Evanston,” Meckes said. “They want to be able to work and not have to sit on a train to the Loop.”

Evanston resident Brooke Saucier, who works at proprietary analytics company Dunami, said he is a member of Industrious and works out of their Fulton Market location.

Saucier said he is excited to enjoy access to spaces in the new Evanston spot in case he cannot make it to the downtown locations.

“We work with Industrious because of their flexibility in terms of lease, office size, location and amenities,” Saucier said.

Meckes said Industrious will offer breakfast and coffee every day, weekly happy hours and networking events that are not just for members but also open to the Evanston community.

Mallory Salett, an area manager at Industrious, said while there are other coworking spaces that offer a similar experience, Industrious takes pride in focusing on private office spaces and hospitality. Salett, who has been with Industrious since before it began expanding to other locations, said the company has always seen itself as a “hospitality company at heart” — a value she said has “never wavered” as the company has grown.

“We really go above and beyond to make the member feel like they have absolutely everything they need, or did not even know they need, to be productive,” Salett said.

Salett added that coworking spaces like Industrious allow small and big businesses alike to gather and network organically. Saucier said he especially enjoys the camaraderie that the common spaces in Industrious offer, allowing him to connect with four or five other businesses.

“We have beautiful, understated design,” Meckes said. “We use glass so natural light can come through. You’re never going to feel clogged up in our spaces.”