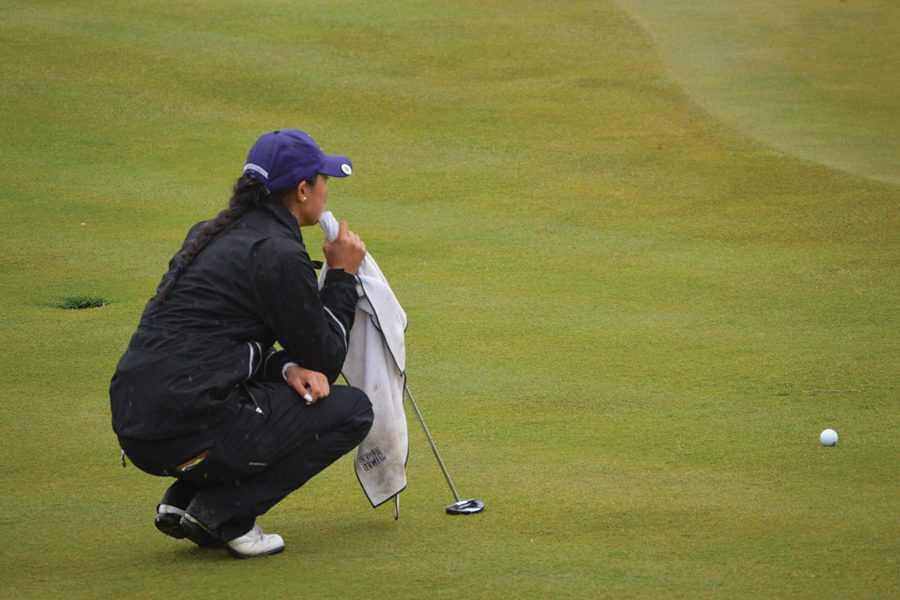 Northwestern rolled into Maineville, Ohio, having finished first or second in three consecutive Big Ten Championships, but two brutal early rounds left the Wildcats with their worst finish at the event since 2012.

After the team shot 5-over par on the first round, NU sat in fifth place, 10 strokes off the lead. That gap widened to 17 strokes Saturday, as the Cats combined to shoot 4-over while other teams piled up birdies.

Junior Janet Mao spearheaded a furious Sunday comeback, in which NU finished with the best round of the day at 8-under. At one point the Cats sat at 12-under, just three strokes off the lead, before falling back.

“We just had been a little tentative, and we just hadn’t quite flipped the switch,” coach Emily Fletcher said Sunday. “They just came out this morning and showed that resolve that I know they have. … We made enough birdies to make a run, but again we need to eliminate some of the mistakes.”

Mao was the top individual finisher for NU, shooting up the leaderboard into fourth place on the back of a 6-under 66 in the final round.

After shooting 2-over through the first two rounds, Mao finished at 4-under, five strokes off the lead. Mao’s 66 was tied for the lowest round on the weekend from any golfer in the 84-woman field. She birdied three of her first four holes and finished the round without a single bogey.

“I was staying patient from earlier in the week,” Mao said. “(Birdying three holes early) was helpful to get myself situated and comfortable and realize the potential I had for the day. I got myself in a good groove and got some momentum going to the next few holes.”

Seniors Hannah Kim and Sarah Cho, each playing in their final Big Ten Tournament, both struggled in the opening two rounds as well, combining to shoot 11-over before the final round.

While Cho pulled out an even-par final round, Kim powered her way to a 2-under performance and finished tied for 22nd. The six Cats golfers combined for only three individual under-par rounds on the weekend: Mao and Kim’s final rounds and a first-round 71 by junior Stephanie Lau.

“After the round (Saturday), coach got us together and spoke some wisdom to us,” Kim said. “With that, I went into this last round thinking, ‘This is my last Big Tens, this is my last round at Big Tens.’ It just put me in a different mentality that helped me shoot an under-par round today.”

Lau, sophomore Brooke Riley and junior Monica Matsubara all finished tied for 25th at 5-over. NU tied for the tournament lead in birdies with 49, but a bevy of bogeys and double bogeys held the Cats back. NU finished well off the pace with only the sixth-most pars in the tournament.

The Cats will likely receive an at-large bid to an NCAA Regional, where Fletcher hopes the team can build off its impressive final round.

“We need to put our heads down and really grind it out, and that will be something we focus on,” Fletcher said. “I don’t know that we got tired physically, but mentally we have to continue to stay engaged, keep our foot on the gas pedal and keep the momentum going our way.”