Pritzker highlights push for legalization of marijuana on 4/20 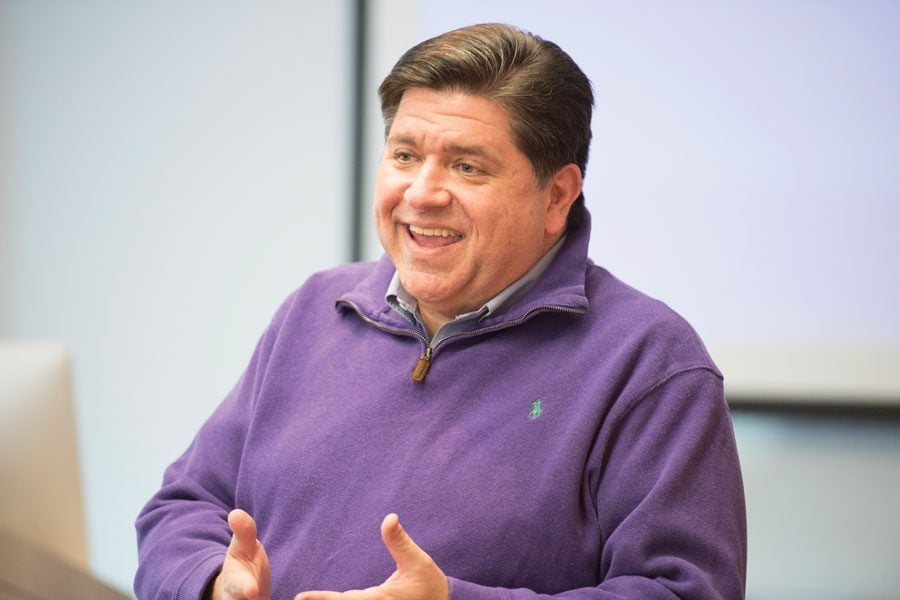 J.B. Pritzker speaks at an event. Pritzker emphasized his plan to legalize cannabis on 4/20.

On 4/20, Democratic candidate for governor J.B. Pritzker emphasized his push for the legalization of marijuana in Illinois on various social media platforms.

In an advertisement posted in February, Pritzker said a legalization bill in Illinois would allow the state to “enter the 21st century.” He tweeted the video on April 20, the unofficial holiday for cannabis use.

“For far too long, marijuana laws have led to discrimination and injustice,” Pritzker said. “For far too long, our state has waited and watched and missed out on jobs and revenue. As governor, I intend to sign a marijuana legalization bill to advance the causes of criminal justice reform, of consumer safety and of job creation.”

On the same day, U.S. Sen. Chuck Schumer (D-NY) announced he would introduce a bill to decriminalize marijuana on the national level. The move sparked national discussion about the drug, and Pritzker joined the conversation Friday.

In a thread on Twitter, Pritzker criticized Republican Gov. Bruce Rauner for not only opposing legalization but also making medical marijuana “inaccessible.” He said verification for medical use in Illinois takes longer than is required by law, making it difficult for sellers to stay in business and for patients to receive treatment.

“Rauner’s failures are hurting patients with illnesses like those suffering from chronic pain,” Pritzker tweeted. “It’s time we move forward and protect medical marijuana patients instead of penalizing them.”