Kellogg students march in protest of sexual violence in India 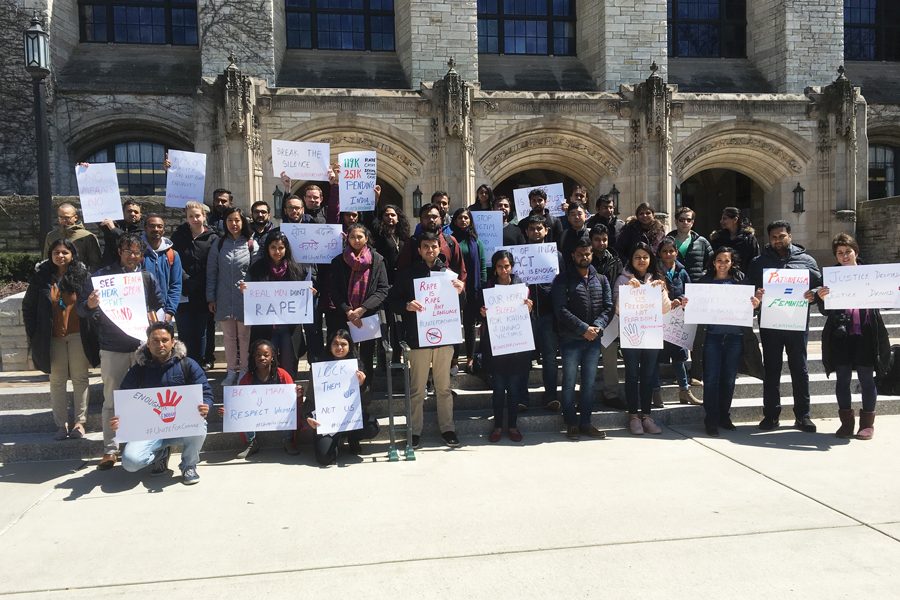 Dozens of students marched from the Kellogg School of Management Global Hub to Deering Library on Thursday to protest the Indian government’s response to sexual violence against women.

Goel then asked demonstrators to pull out their phones and tweet to the prime minister of India, Narendra Modi, calling on him to be proactive in addressing sexual assault.

Kakran told The Daily the demonstration aimed to show Modi that Indian citizens around the world also care about the issue. The group coordinated with other business schools that planned on holding their own protests, he said. Dartmouth’s Tuck School of Business also held a demonstration Thursday.

Kellogg first-year student Rahul Garg said the demonstration was coordinated by a group of international students from India, though he said he appreciated that other students showed up to support a widespread issue.

“We wanted to make everyone aware that this can happen to anyone everywhere, this is not something that’s specific to India,” he said. “We wanted the entire Kellogg community because we stand for each other.”

During his speech, Kakran said the group planned to continue conversations about rape culture in India as well as throughout the rest of the world. He asked demonstrators to donate to nonprofit organizations committed to the cause, including Action Aid and Operation Red Alert.

Garg said the demonstrators also hoped to put pressure on officials before next year’s national election. Many of the Indian government’s sexual assault policies protect perpetrators of violence against women, including government officials who have committed those acts, Goel said. Those policies include low conviction rates, lack of prosecutions and other inefficiencies in the courts, she said.

Such policies and other practices by government officials, especially the police, led to mistrust from the public, she said.

“These are important issues,” she said. “I guess we were just tired of staying silent and tired of these cases coming up again and again and not being able to do anything about them, (so) we decided to take action.”