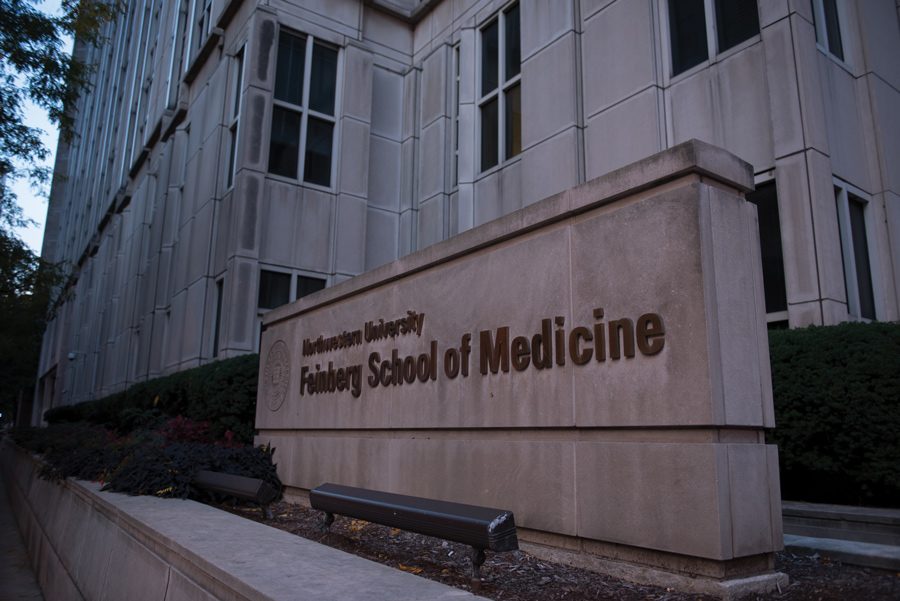 Northwestern’s Feinberg School of Medicine in downtown Chicago. Feinberg Prof. Kristen Knutson co-authored a study that found people who tend to stay up late at night and sleep in later in the morning have increased rates of mortality.

People who tend to stay up late at night and sleep in later in the morning have increased rates of mortality, according to a study published April 11 that was co-led by a Northwestern professor.

The study, published in “Chronobiology International,” was conducted using data from the UK Biobank, a study initiated in 2006 that periodically gathers information through follow-up questionnaires from a base subject pool of 502,642 people aged 37 to 73 in the United Kingdom.

Participants self-identified as being either a morning or evening type and within that categorization as either definite or moderate. The “definite evening type was associated with a 10 percent increased risk of all-cause mortality,” according to the study’s results.

Von Schantz said people who are night owls are more likely to experience negative health effects, including higher prevalences of diabetes and neurological disorders. And society’s culture of waking up early — because work and school hours tend to start earlier in the day — is exacerbating the problem for those who go to bed late, he said.

But it’s important to remember that morning and evening preferences are largely genetic, von Schantz said.

“There’s an idea people get up to no good in the evening and people who sleep in longer in the morning are lazy,” von Schantz said. “But when it comes to being a night owl, it’s part of our biology, largely dictated by genes.”

Although there is a perception that those who sleep less, work harder, he said chronic sleep deprivation affects the quality of physical and mental functions as well as cognitive performance to a degree that is comparable to the effects of alcohol consumption.

College students are especially prone to sleep deprivation because, according to previous studies, around ages 18 to 20, people are the most owl-like of their entire lives.

What’s more, students tend to study late at night and wake up early for classes, instead of sleeping in, Knutson said.

“Northwestern is probably not immune to the general college behaviors, which include, particularly during exams and midterms, staying up late to get everything done,” Knutson said. “Unfortunately, you’re not doing well because you’re not getting enough sleep.”

To help avoid sleep deprivation, college students can protect their health by maintaining regular sleep schedules and picking classes later in the day, she said.

Gradually going to bed and waking up earlier can help adjust one’s sleeping type as well, von Schantz and Knutson said. Turning off devices like phones and laptops at night and minimizing light exposure also make it easier to fall asleep, they added.

More generally, making sure there is awareness of the health risks that come with staying up late — and of sleep deprivation in general — is key to minimizing the effects of those risks, Knutson said.

“We’ve heard diet and exercise are important, but now the general public needs to appreciate sleep and timing,” Knutson said. “We need to figure out how to mitigate it and help make night owls as healthy as morning people.”