Letter from the Editor: After ASG elections, don’t call The Daily biased 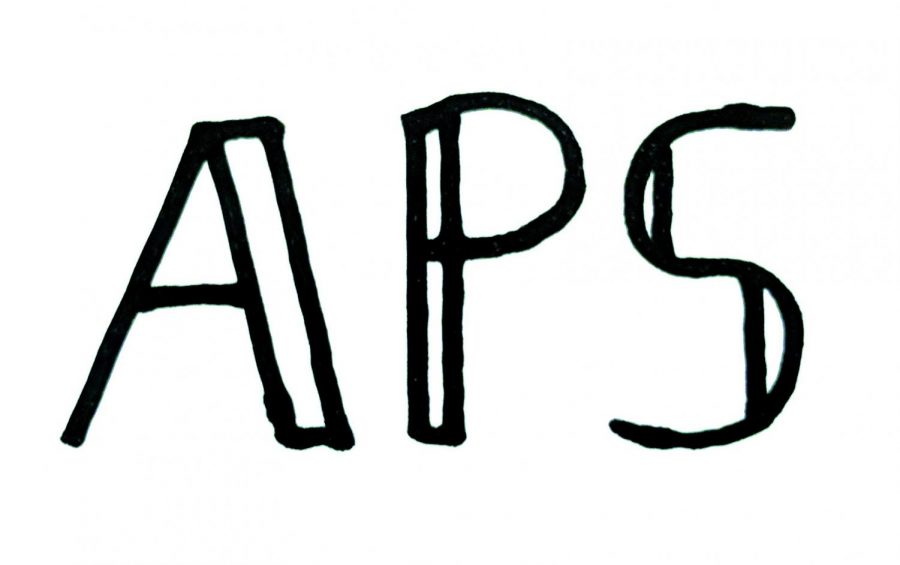 I know you’re probably rolling your eyes. You’ve read enough letters about last week’s Associated Student Government election. Believe me, so have I — I edited all of them.

But this letter isn’t about the campaign or its candidates so much as it is about The Daily’s role in covering them. Our job as a publication is to report on the candidates, their platforms and any events related to the election, as well as to publish opinion pieces that could provide unique insight and perspectives to voters.

That being said, we don’t put out a perfect paper (nobody does). We don’t claim to be some untouchable pinnacle of journalistic excellence. But I take issue with folks insinuating (in some cases, flat-out stating) that this paper is biased without any knowledge of our editorial process or our structure.

This letter is not an apology, nor is it a subtweet. It is me addressing the very real concerns I have with student dialogue last week surrounding this publication and its staff.

In the hours following the publishing of Daniella Lumpkin’s letter to the editor, many posts were made on Facebook suggesting that The Daily was biased and attempting to take down a campaign. The word “slander” was used in many of these posts. I find it both confusing and concerning that actual Northwestern students (some of whom are journalism majors) used this term. Firstly, slander refers to a spoken “untruth” about another person that defames their reputation. The correct term to use for a publication that prints “untruth” is libel. But more importantly, The Daily has engaged in none of these practices.

The Daily itself cannot be conflated with the words of one columnist. To call an entire publication biased after reading the words of one person in the Opinion section ignores their separation from our reporting. All letters to the editor, columns and editorials are clearly labeled as part of the Opinion section, and — as all of them say at the bottom — they in no way represent the views of anyone other than the person who wrote them, especially not The Daily’s staff or this publication at large. This is a distinction I and other writers for this desk have written about time and time again, yet commenters still claim, “The Daily is biased” or “The Daily believes this” whenever they read a column they disagree with. The Daily is not a person. Our Opinion page provides an outlet for individuals to express their own ideas, and every other page is a space for reporters to relay unbiased information about issues and events affecting NU and Evanston communities.

The last thing I want to do is preach or mansplain media law. It’s very complex and changes with every new court case that adds more nuance to the First Amendment. I simply want people to realize the severity of using “slander” in reference to this publication. It is reckless and irresponsible, and it perpetuates very serious ideologies about media in this country that extend far beyond a college student government election. It’s no secret that politicians around the country (and across the globe) have increasingly framed the media as their opponents, aligning themselves against the truth and those who report it instead of their political challengers. I’ve seen similar behavior by students in this election, and it worries me that they are so quick to vilify this publication and write us off as biased in our reporting just to further a political agenda. Within a few weeks, the majority of NU students will likely forget much of what happened during last week’s election. But trust in this publication, and journalists in general, is something that extends far beyond any ASG term.

That being said, the First Amendment should not give us free rein to publish anyone’s words. That’s why Opinion isn’t just a giant online forum where people can post whatever they want without moderation. All opinion pieces go through the same editing process and are read by multiple people before being published. They must be based on verifiable facts or lived experiences, evaluated at the discretion of myself and in some cases, other editorial staff. We value feedback and criticism on these matters, but there is a difference between critiquing our coverage or editorial decisions and painting us as enemies.

Daniella’s letter was not perfect. It contained some harsh language. But I stand by its publication, and I’d like to elaborate why.

I decided to run Daniella’s letter after coming to understand her respected position within ASG and determining that, in this case, her opinion deserved to be published due to her unique perspective on this election. As former ASG Speaker of the Senate, she was not simply a concerned voter — she had insight into the behavior of all candidates in the election. In short, we published the letter not because it was inflammatory but because we felt Daniella’s position qualified her to discuss ASG.

Yes, there is some bias involved in the act of choosing what stories we cover and publish. That’s called selection bias, and it’s something every single media outlet that isn’t staffed by robots experiences. In a way, it’s necessary: our reporters and editors are familiar with the issues that matter to this campus, and they use their news judgment to write stories that they think our audience should read. In a similar vein, I edit and publish content on the Opinion page based on what ideas I think you should be exposed to (not necessarily what ideas I personally want you to be exposed to) as a student on this campus and in the world. And I felt that Daniella’s letter contained ideas this campus should have been exposed to.

I am fully aware of what I signed up for when I started writing for opinion. Hate comments, emails and even memes are practically part of the job description, and I understand that it is fully acceptable for people to disagree with what I write as vehemently as they wish. But when those sentiments are generalized to refer to The Daily itself; when they eclipse reporting that has nothing to do with opinion, that is when I feel I must speak up. Opinion is its own bubble within The Daily. It does not influence any reporting from other desks, and vice versa.

The language you use to discuss this publication matters. Recognize the distinction between reporting and opinion. Really think about the broader implications of calling The Daily “biased.” It’s tough to navigate today’s media landscape, but our principal concern is to print the truth and clearly delineate its separation from Opinion. I ask you to be cognizant of those efforts in return.