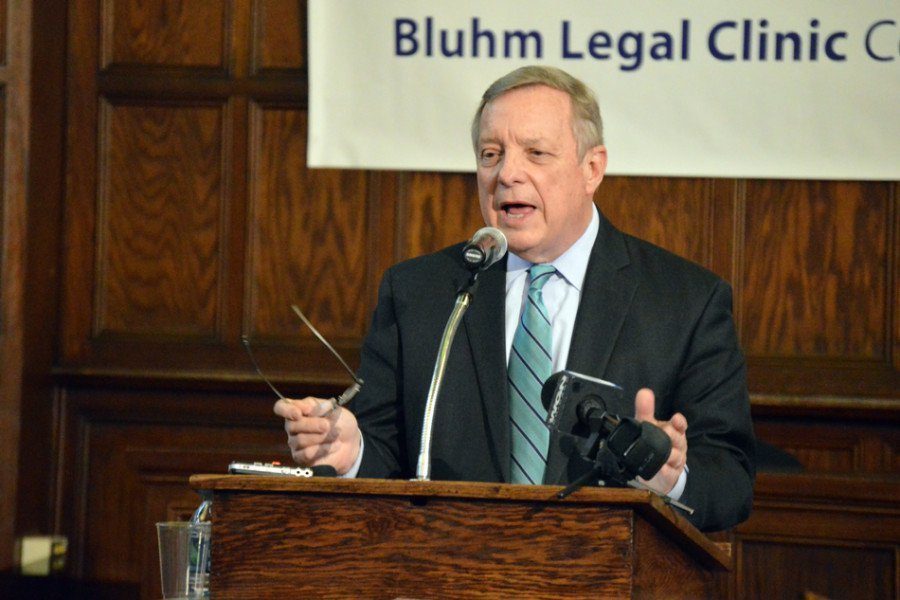 U.S. Sen. Dick Durbin (D-Ill.) speaks at an event. Durbin questioned the chief of the National Guard on Tuesday about the Trump administration’s immigration policies.

Durbin, who serves as the ranking member of the Senate Defense Appropriations Subcommittee, pressed Lengyel on the financial costs of deploying troops to the border.

“Many of us were also taken aback when the President tweeted he was deploying the National Guard to the border,” Durbin said at the subcommittee hearing. “The President’s claim that we face a crisis at our Southwest border is simply not supported by any evidence.”

Durbin said he is concerned the Trump administration is diverting the Department of Defense’s “limited” resources to protect the border so it can carry out Trump’s “deportation agenda.”