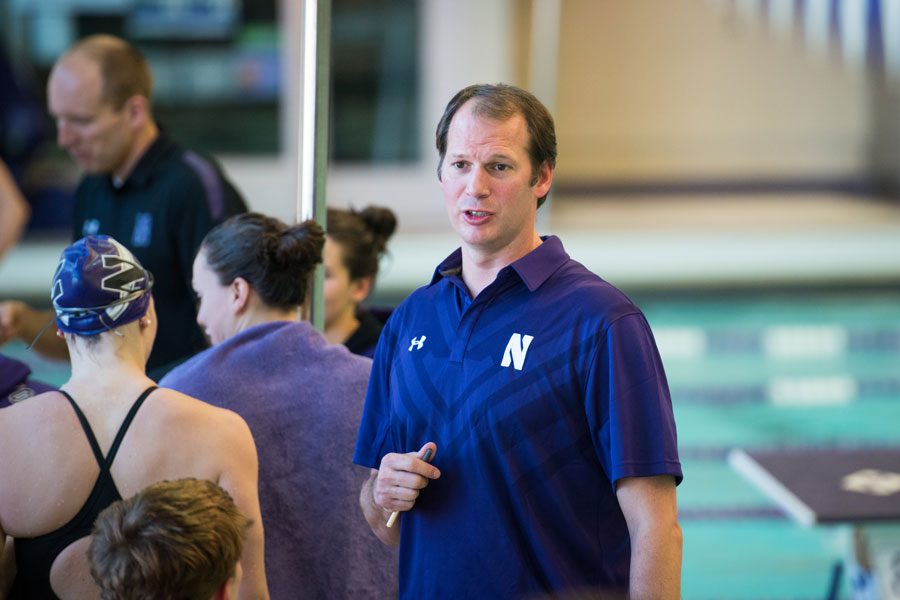 Schroeder, a Northern Illinois graduate, had coached the Wildcats for the past nine seasons after a prior stint at Maryland. He informed the team of his decision Friday, an athletic department spokesman told The Daily.

“Thank you to all the world-class student-athletes, coaches and administrators I’ve had the privilege of working with during my time here,” Schroeder said in the release. “I hold this University in the highest regard and look forward to seeing the continued progress this swimming and diving program makes in the future.”

His departure from the program follows the recent resignation of former NU women’s swimming coach Abby Steketee on Wednesday.

The Cats finished their 2017-18 season — which will go down as the last under Schroeder — with a 4-9 record and a 9th-place finish (out of 10 teams) in the Big Ten Championships in February. Junior Tyler Lis was Schroeder’s top performer at the championships, qualifying for the finals in three different events.

“We are extremely grateful for Jarod and his dedication to our men’s swimming and diving program,” athletic director Jim Phillips said in the release. “We wish Jarod and his family all the best moving forward.”

Many universities operate their men’s and women’s swimming programs under a unified leadership or coaching hierarchy, and the two recent resignations open the opportunity for NU to implement a similar structure for next season if desired.