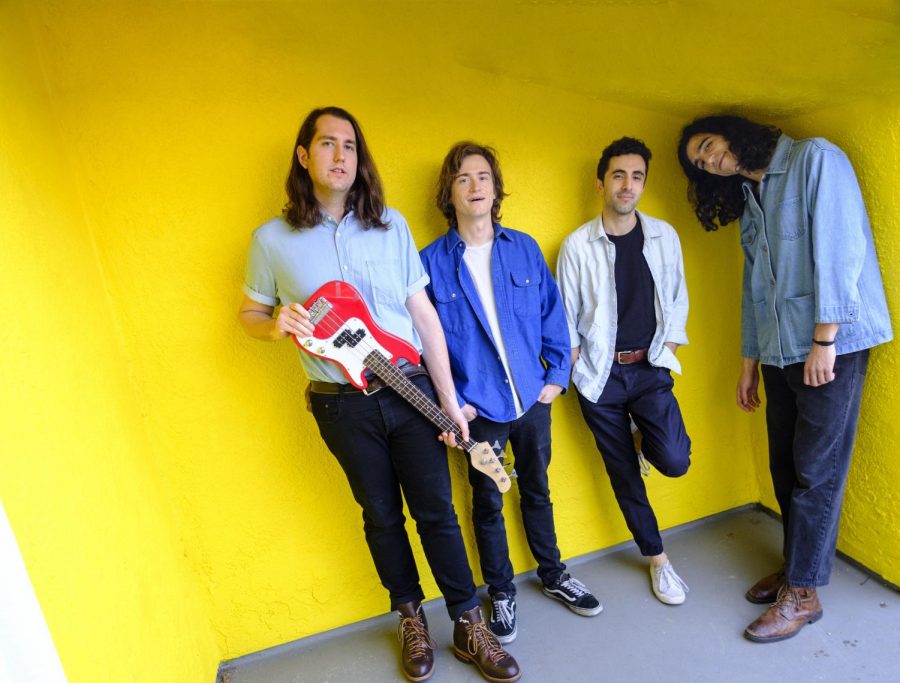 A group picture of indie-rock band Sure Sure. The band will perform at Evanston’s SPACE on Saturday.

Though Evanston may still be cold and icy in the spring, Sure Sure plans to bring a slice of California sunshine with its feel-good tunes at an upcoming Evanston show.

The Los Angeles-based indie rock band, which released a self-titled debut album in January, will play at SPACE on Saturday as part of its national headliner tour. The group is made up of four members: keyboardist and singer Chris Beachy, guitarist and singer Charlie Glick, drummer and percussionist Kevin Farzad and producer Michael Coleman. Up until February, Sure Sure had been opening for Minneapolis-based indie rockers Hippo Campus.

Evanston won’t be the first college town Sure Sure has played for. The band’s first show during its national tour was held in San Luis Obispo, which is home to Cal Poly. The sold-out performance was “positively lit,” Farzad said. Band members said they hope to bring that same energy from San Luis Obispo to Evanston.

Kristen Mitchell, operations and marketing manager at SPACE, told The Daily in an email that Sure Sure caught her eye after it garnered attention during its tour with Hippo Campus.

“Personally speaking, my favorite shows at SPACE are ones which feature artists and bands on the rise,” she said. “(Sure Sure’s) show at SPACE is a great opportunity for fans to get a ‘first-listen’ in an intimate venue space.”

Farzad said the headline tour has been fulfilling so far. He said he finds it crazy that fans will come to shows and sing along to their lyrics.

“It’s incredibly bizarre that we’ll show up to a city and then there’s just going to be like a couple hundred people there who want to have a good time and actually know the songs,” Farzad said.

Beachy said when the band first started out, the members were still in college. He said they would meet often to jam out in a basement — they never thought they could make a career out of playing music. The group has been recording songs for a while, just enjoying making and sharing good music. Members now live and record together in a large, yellow house in LA.

“Recording is what we figured out how to do first basically, and now we’re taking it live,” Beachy said.

Glick added that he wants the group to continue to evolve and create different types of music. Radiohead is one of his musical influences because of the band’s ability to play a diverse range of tunes, from grungy “Pablo Honey” to the modern electronica “Kid A,” he said.

“Radiohead is really big for us because they have been able to constantly, continually evolve and experiment while still being massively popular and meaningful to a lot of people,” Glick said. “That’s kind of what we want to be like.”

While the band still has another month of shows left in its tour, Beachy said he looks forward to recording new music that has been playing in the back of his mind during the journey. After soaking up inspiration while resting at home, he said he will be ready to get back on the road for even bigger things.

Despite rising fame and grander tour plans, Farzad said he still sees the band as a group of boys who simply enjoy playing music.

“It’s really bizarre,” Farzad said. “We’re still not at all used to it. I hope we never get used to that.”