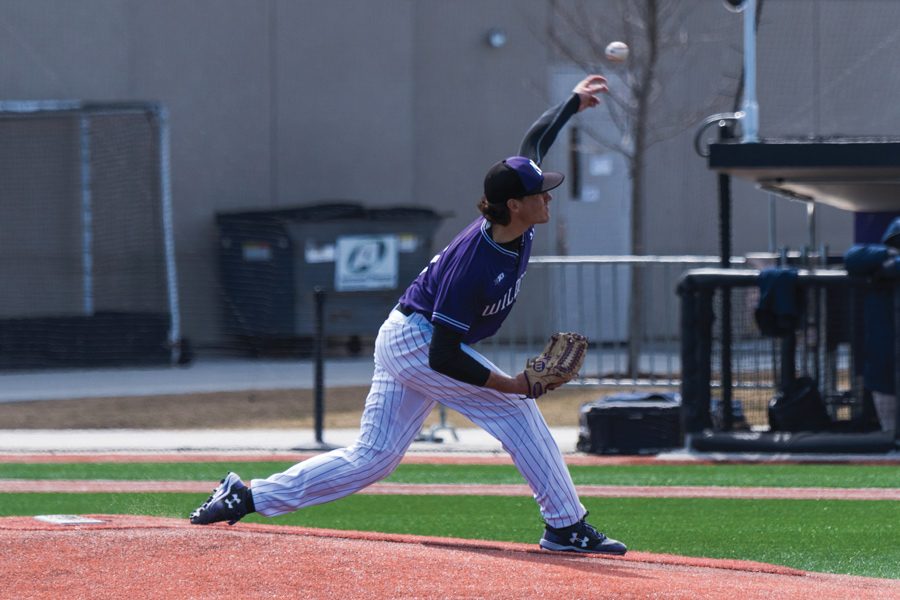 The math doesn’t look right: Pitcher Quinn Lavelle has a 2.75 ERA but only three wins all season. The freshman went the full nine to secure his most recent victory with a complete game shutout against Maryland two weeks ago, earning the Big Ten Pitcher of the Week honor for his performance. But the pressure was even greater against Michigan, which was looking to extend its 12-game winning streak in last weekend’s series opener.

On Saturday, after Lavelle and Michigan pitcher Tommy Henry traded four scoreless innings, that burden started to show as the Wolverines tacked on four runs in the fifth. The trend continued Sunday when Northwestern entered the ninth inning tied but lost 7-3.

“The fact that it’s tied puts too much pressure on the pitchers,” coach Spencer Allen said. “We’ve had some young guys show some good things. That’s all you can ask for because we’re just not clicking.”

“Obviously we’re pretty deflated after the last three games,” he said. “(But) they really filled the zone, they really threw all their pitches for strikes and they controlled and kept us in the game.”

The Cats, who lost to the Fighting Irish 3-2 last season, have been better on the mound than at the plate all year. In 804 at bats this season, NU has just 181 hits, 14 home runs and 198 strikeouts. And though the team’s three regular starting pitchers are underclassmen, Christie, Lavelle and Pagliarini have started 20 of 25 games and opponents are hitting below .270 against each of them.

Allen emphasized how his pitchers “fill the zone,” meaning they utilize several different pitches on opposite sides of the plate. By denying the hitter the ability to anticipate what’s coming, the pitchers have been able to keep their ERAs down.

But Christie, Lavelle and Pagliarini each ran into the same problem last weekend against Michigan — getting through the lineup a second and third time. The trio gave up just one run in the first four innings of each game in the series, but nine runners crossed the plate in the fifth and sixth innings over the three games.

As the Cats continue to navigate one of this season’s most difficult stretches, with this game and a weekend series against No. 10 Indiana coming up, junior infielder Jack Dunn said the team is counting on its pitching to help turn around its season.

“Our pitching has come a long way. All three starters have attacked the zone and filled up the zone pretty well. They gave us a chance to win,” he said. “Our offense, we’re lagging right now. We need to find a theme to our offense, and right now we haven’t found it.”