I’ve seen student activists stress countless times the need for more funding and resources for mental health and wellness on our campus. I’ve never disagreed with that, but I have to admit that it never struck me as an extremely pressing issue. At least, not until I sought out Counseling and Psychological Services myself. 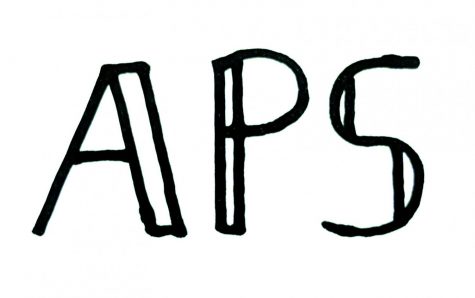 I’ve struggled with social anxiety for years, but by the end of Winter Quarter I decided it wasn’t healthy for me to deal with it alone anymore. I had never regularly seen a therapist before and I did not have a diagnosed mental illness, but I felt that something about myself definitely needed to be fixed.

I scheduled a phone call with CAPS and was luckily able to get an intake appointment before leaving for Spring Break. The counselor I met with suggested group therapy as an option for treating my social problems, and I scheduled a screening with one of the session leaders after I returned to campus this quarter. She discussed the therapy’s format with me and it seemed as if I would benefit from it. And then she told me, regrettably, that I would essentially be competing with someone else for the last slot in the only session that worked for my schedule. There just weren’t enough staff to take on more groups.

Not only do Northwestern students have to compete for membership or leadership positions in nearly every student organization or extracurricular activity, but we apparently have to compete for mental health counseling, too. It’s laughable, but more so infuriating. It is baffling to me that CAPS cannot give support to every student that seeks it out. While I was assured that I was not being evaluated on “merit” to be given a spot in group therapy, I felt as if I had to pitch myself to convince them that I deserved a spot — after all, it’s what I’m so used to doing in interview after interview for organizations on this campus. Lo and behold, I received an email informing me that I did not receive the spot several hours after the session. I was actually rejected from therapy.

I am in no way arguing that the work CAPS does is ineffective or that its staff is incompetent. This issue has nothing to do with the clinic itself — it’s a matter of the University’s failure to allocate sufficient funds to CAPS that leaves it understaffed and unable to accommodate every student that asks for help. It offers referrals to outside providers, which I’m sure some students find valuable, but there’s something to be said about being part of the NU community, understanding the specific issues students on campus face and offering programs at no cost to students. It’s sad that the good work these professionals are doing cannot affect everyone who seeks counseling.

I’m hopeful that I’ll find help eventually, but the sad reality is that I probably won’t seek outside therapy. I have neither the time nor the mental energy to figure out how to pay for a therapist with my confusing insurance plan. I cannot imagine what someone who does not have the same privileges I have would do in this situation.

I don’t think it’s selfish to expect the bare minimum of support from the University given the amount of money I pay to go here. I should not be put on a waitlist to receive therapy while shiny new buildings that I will never use pop up all over campus.

It takes so much to admit to yourself that you have a problem and that you need help. And to be essentially put on hold when you finally decide to seek that help delays your own treatment while creating a reputation among students that CAPS — and help in general — isn’t worth seeking out.