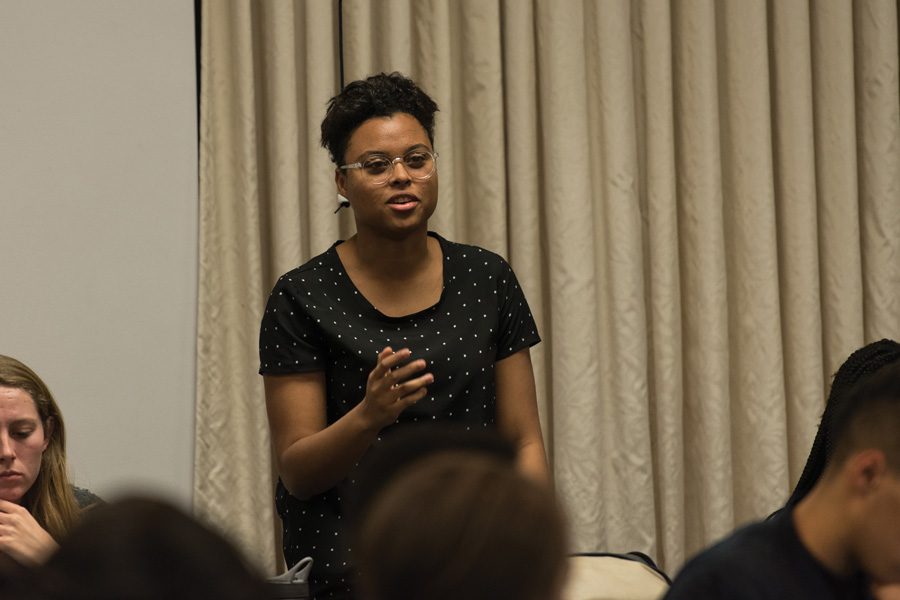 Saks said Patterson and her running mate, Weinberg junior Emily Ash, violated campaign rules by prematurely engaging in pre-campaign activities and going beyond what is considered “acceptable pre-campaigning activities.” A third violation would remove them from the ballot, he said.

The Weinberg sophomore said the campaign received its first violation for recruiting campaign personnel before the election commission had been elected, which officially marked the start of the pre-campaign period. The second violation came after the campaign sent out a pre-campaign email that was not “for the sole purpose of developing a platform” because it included promotional material, Saks said.

Patterson deferred comment to campaign manager Jillian Gilburne, who wrote in a statement to The Daily that Patterson’s team felt these code violations are “minor” and distract from the campaign’s platform and policy proposals.

“A contested election is an opportunity for ASG to prove its validity as an organization and for this campus to have an open and in-depth conversation about what the University owes to us as students and how we can come together to advocate for ourselves,” the Communication sophomore wrote. “Instead, our campaign is being nitpicked.”

Gilburne said the first violation pertained to her hiring, which was not formalized until the pre-campaign period began. She declined to comment on the second violation, but said the campaign is in the process of appealing it.

Saks told The Daily there is no opportunity for another appeal. However, he said, violations of the guidelines are common and “expected.” Nehaarika Mulukutla, the current ASG president, echoed Saks, adding that the violations are common due to the number of rules and regulations.

“Sometimes there are some relatively obscure things that you don’t realize are there,” she said. “There’s a lot of opportunity when you’re running a campaign of such scale and size across the entire student body to maybe unintentionally lose track of the more obscure rules. There’s also a lot of opportunity to make mistakes.”

Mulukutla declined to comment on the specific violations, but said “the significance (of campaign rules) vary from year to year in the perspective of different people.”

Saks said the commission knew of the first violation during the pre-campaign period. The second incident was not initially considered a violation, he said, but was appealed over Spring Break and confirmed Sunday by the Rules Committee.

News of the code violations came the same day The Daily reported that the Office of Student Conduct will look into whether members of Patterson’s campaign violated the Northwestern directory policy when they collected personal student information and sent unsolicited emails through the email marketing service MailChimp. Saks declined to comment on whether ASG is considering an investigation on the matter.

SESP junior Justine Kim, who is also running for ASG president, said even if the other campaign didn’t intend to break any rules, the election is still affected. Kim added that she could not determine how impactful the violations are.

Though the election itself has not been compromised, she said, the “perception” of ASG has. Kim said the violations don’t equate with the 2016 campaign violations — when the winning ticket failed to disclose it had received information about the voting margin while polls were still open — or the problems with voter engagement due to last year’s uncontested election. However, she said this is yet another election that “does not follow up to the ideals that ASG is supposed to be held accountable to.”

In her own campaign, Kim said she was “intentional” in ensuring that she and her staff upheld ASG rules and standards.