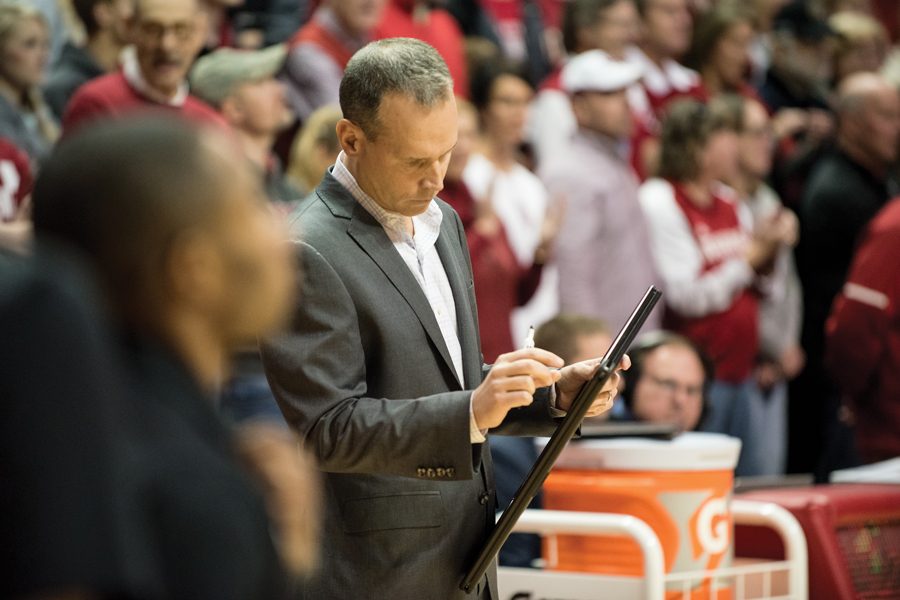 Chris Collins takes out the whiteboard. Next year’s team will be supplemented by incoming graduate transfer Ryan Taylor.

Taylor averaged 21.2 points per game last season for Evansville and shot 42 percent from beyond the arc. Considered one of the top ranked players on the graduate transfer market, Taylor will play his only season in Evanston next year.

After sophomores Isiah Brown and Rapolas Ivanauskas announced their intention to transfer last month, the Cats had only two returning guards on scholarship, so Taylor will likely have a regular presence in coach Chris Collins’ rotation. The two holdovers, rising sophomore Anthony Gaines and rising senior Jordan Ash, combined to shoot just 28.4 percent from deep last season, so Taylor will be the team’s best perimeter threat.

Taylor started his career at Ohio University, starting 27 of 29 games and scoring 8.1 points for a team that finished 10-20. In 2015 after his freshman year, Taylor transferred to Evansville, where he made an immediate impact after sitting out his transfer season.

Including the four incoming freshmen, NU now has 12 scholarship players for the 2018-19 campaign, the first season at the renovated Welsh-Ryan Arena. Taylor joins Pete Nance, Jordan Lathon, Miller Kopp and Ryan Young as the incoming class.