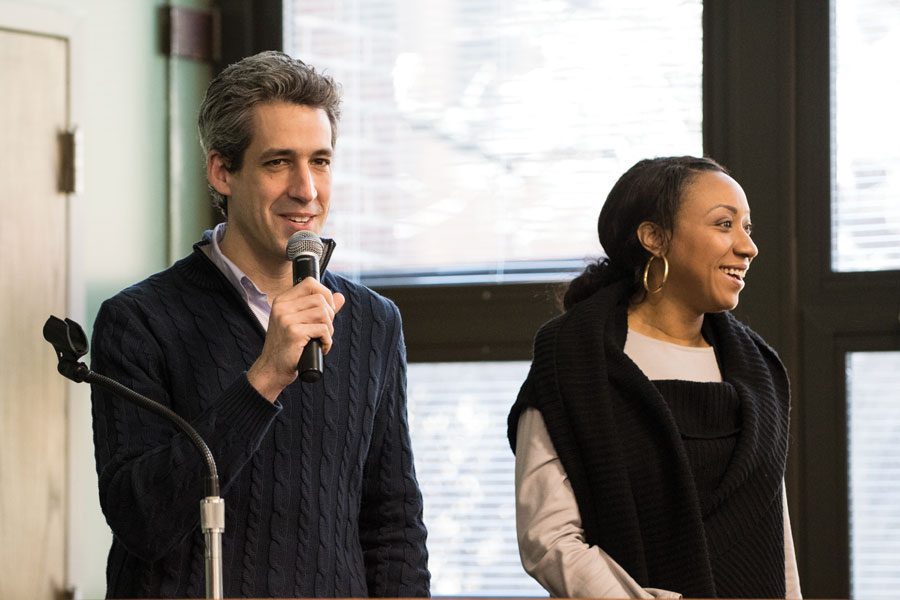 The event, hosted by nonpartisan watchdog group Common Cause Illinois, included a series of speakers addressing their campaign experience and their support for public funding.

He spoke about ways to increase Evanston voter participation and to reduce the impact that big money can have in local races, citing the amount of money spent on the 2017 Evanston mayoral campaigns — a total of $377,000, according to Reid.

“Big money had an influence in (the 2017 mayoral) election so we want to make sure we give folks an opportunity to not only get involved but give them an opportunity to run competitive races,” Reid said in response to the high spending in comparison to the 2013 election, which he said spent less than $150,000.

Reid suggested Evanston adopt Seattle’s Democracy Voucher Program, which gives four $25 vouchers to every registered voter, who can then use them as donations to a candidate’s campaign.

In Seattle, the program encouraged young and non-white voters to participate in the election process, Reid said, adding that a lot of the voters using the voucher program were first-time donors.

Reid called Evanston the “Seattle of the Midwest,” drawing laughter from the crowd. He concluded by stating he hopes that Evanston residents advocate for fair elections.

County and state politicians also chimed in at the event.

Bushra Amiwala, former candidate for Cook County commissioner of the 13th District and a 20-year-old DePaul University sophomore, spoke about her experience campaigning. She said she was instantly asked about her fundraising progress when she announced her candidacy.

She added that she did not have enough connections to have sufficient funding contributed to her campaign.

Former gubernatorial candidate state Sen. Daniel Biss (D-Evanston) and his former running mate, state Rep. Litesa Wallace (D-Rockford), also touched on the “cancerous” state of money in politics. Although Biss said he does not see “a big corruption problem in Evanston,” he cited the high socioeconomic statuses of most Evanston mayoral candidates in recent elections.

“(Money in politics) has been so, so vicious in pushing people who are most in need of representation out of the system and silencing their voices,” Biss said.

He encouraged Evanston voters — many of whom are progressive — to engage in efforts to remove big money from the city’s politics down the line.

Common Cause Illinois student organizer Ibie Hart told The Daily she wanted Saturday’s event to be forward-looking, emphasizing that rallies should be about the future, not the problems of the past. Hart noted the need for equity in Evanston elections and said a public funding policy is the right step.

“Publicly financed elections not only reduce the impact of big money in politics, they bring everyday people into the political process,” Hart said in the event’s news release.