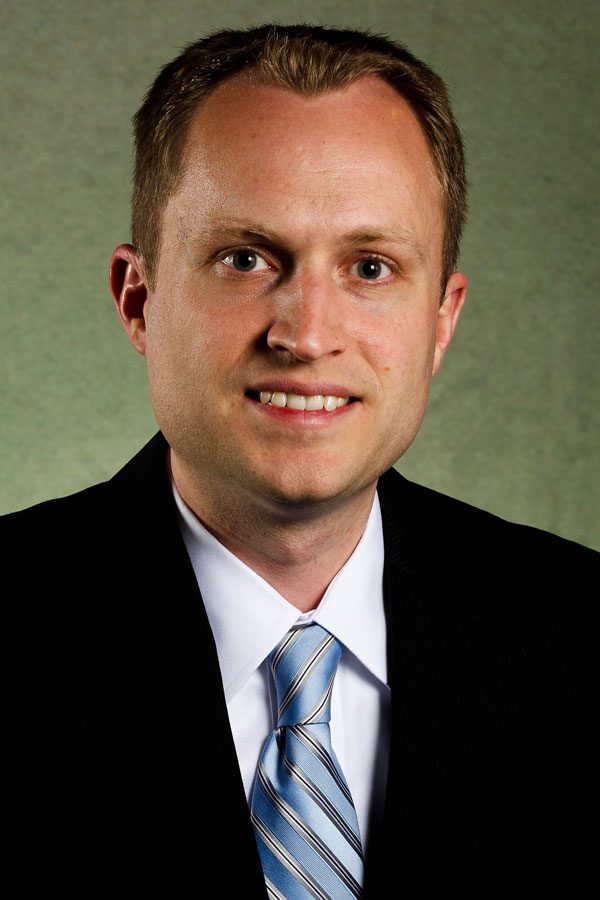 Luke Stowe describes himself as a “geek” for two things: government and technology.

“Once I kind of merged the two, I just really enjoyed the intersection of the two fields,” said Stowe, Evanston’s chief information officer.

In March, Stowe was included in Government Technology magazine’s list of the “Top 25 Doers, Dreamers and Drivers of 2018.” The magazine cited Evanston’s specific technological initiatives, including the creation of a new city website and open data portal — both of which Stowe and his team helped launch.

Although Stowe sees his achievement as a team award, Evanston digital services specialist Hillary Beata (Medill ’08), whose department Stowe oversees, views it as a result of his leadership. She said Stowe has helped foster his staff’s interest in technology that could potentially benefit the city.

“Just saying ‘I work for Luke Stowe,’ that means something in the city because it speaks to our work ethic,” Beata said.

After beginning his career in government nearly two decades ago in Champaign County, Stowe made his way to Lake County. He later became Evanston’s digital services coordinator in 2012 before working his way up to manager of the department.

In October 2016, city manager Wally Bobkiewicz appointed Stowe as the city’s chief information officer, a role in which he leads the Information Technology and Digital Services divisions.

Going forward, Stowe said one of his team’s main goals is providing services to the city’s residents more efficiently through digital services.

Bobkiewicz said Stowe has also worked to ensure the city is allocating funding and resources to provide sufficient protection against cyberattacks.

“When people think about smart communities and smart cities, cybersecurity … is really the first on the list,” Bobkiewicz said. “He’s been very exceptional in being thoughtful in this area.”

Stowe added that he aims to collaborate with community partners to ensure digital access for residents, especially K-12th grade students, wherever they are in the city. While there is no one solution to the issue, Stowe said his team hopes to conduct a digital assessment of Evanston residents to learn more.

Beata said she and the team hope to not only make these resources available to Evanston residents, but also ensure that residents are aware the resources exist. She added that lack of access to the internet is becoming “an increasing issue of equity.”

She hopes Stowe being included in Government Technology magazine’s list will help him and his team gain momentum for future projects.

“It’s great that Luke has gotten the recognition that he definitely deserves,” Beata said. “If it allows us to have more visibility and just being a part of the conversation on how to drive forward the city and make change, that’s great.”