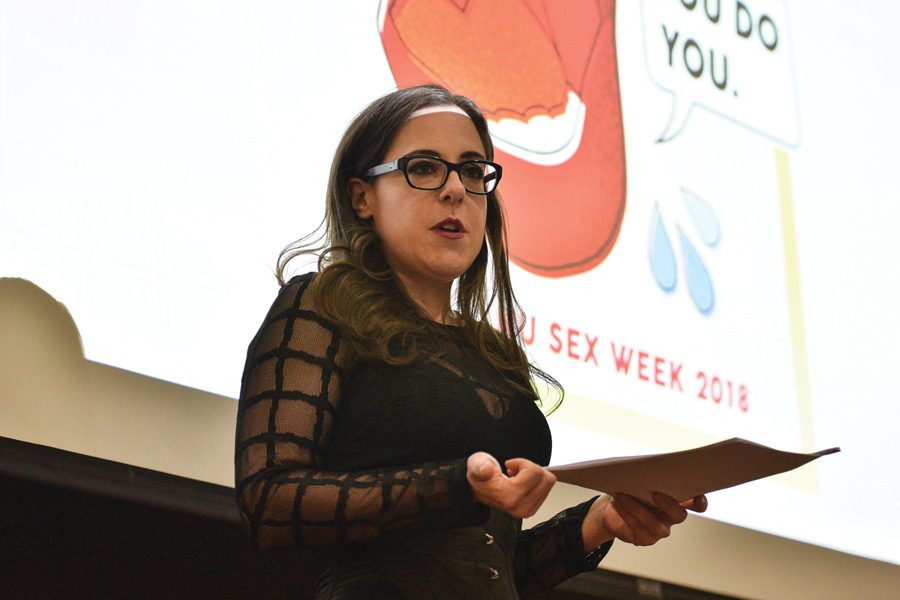 “We struggle saying exactly what we want because we feel awkward about it,” she said. “But it’s the best way to get what you want and enjoyment out of it. And I think that’s a great way to move on to the next subject –– like the taboo that comes with sex.”

Johnson added it is important to continue informing young people on college campuses to tackle the stigma surrounding sex. She said she encourages news outlets to spread information about healthy sexual relationships to reach a wider audience.

“A lot of us don’t get tons of practice communicating about (sex),” she said. “Building up your vocabulary and dealing with any shame and embarrassment that may impede you from having these experiences will serve you well.”

“We live in a culture where sex is taboo … and that can lead to really toxic beliefs and practices,” the Weinberg junior said. “So during Sex Week our goal is to bring those conversations into the mainstream, just acceptance of all sorts of lifestyles, (and) we just want to have the conversation in a positive way that everyone can feel safe on campus.”