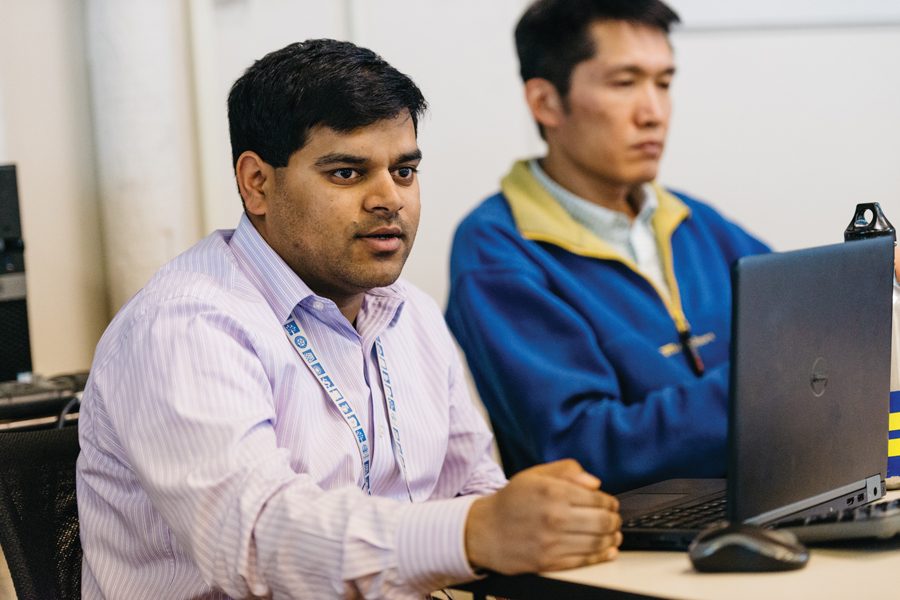 The Mayor’s Climate Action and Resilience Plan Working Group discussed Tuesday ways to spread its sustainability message and goals to the public.

Members hope to have a draft of the plan available for public comment by July 12, the city’s sustainability coordinator Kumar Jensen said during a meeting at the Lorraine H. Morton Civic Center. Until then, the group is attempting to improve visibility about their mission in the community.

The group is comprised of 16 voting members appointed by Mayor Steve Hagerty who aim to create a comprehensive guide to improving sustainability for the city. The plan is centered on two main components: climate action and resiliency, group co-chair Lauren Marquez-Viso said.

“Climate action refers to the mitigation of greenhouse gases,” she said. “We’re trying to draw down and reduce Evanston’s carbon footprint as a whole. The resiliency piece is to help Evanston as a community become more resilient in the face of climate change and the impacts it’s having on our weather and our infrastructure and our way of life.”

Jensen said the group can raise awareness of its mission through a series of community outreach meetings. He said members would attend events ranging from those that are distinctly environmental — such as the Evanston Environmental Association Green Ball — to those without a definite connection to the group.

Mariana Oliver, an urban planner and Northwestern graduate student, suggested it might be beneficial for the group to reach out to apartment management groups as a way to further collaborate with outside parties on implementing environmentally sound practices.

The working group aims to eventually present a set of recommendations directly to elected officials about what they can do in the way of ordinances or laws to help achieve greater environmental friendliness in Evanston, Marquez-Viso said.

The group has already shared the effects of climate change — warmer weather and more severe storms — with aldermen and asked them for suggestions. Jensen said city manager Wally Bobkiewicz was pleased with the presentation, and brought up the possibility for collaboration with other cities in the future.

In addition to working with elected officials, the group also aims to share its work with community members.

“We hope to have a call to action to the citizens of Evanston so that they will feel empowered to take part in our plan as well,” Marquez-Viso said.

Evanston resident Ben Walker suggested community outreach could be more effective if the group provided more information to city residents about their goals and how they were working to reach them.

He also suggested providing more concrete examples in their outreach materials as to how ordinary citizens could be more environmentally friendly.

“More tangible examples like ‘if you biked to the beach instead of drove, this is what you’d save (in emissions)’ might help people understand (the plan) in a more intuitive and personal way,” Walker said.