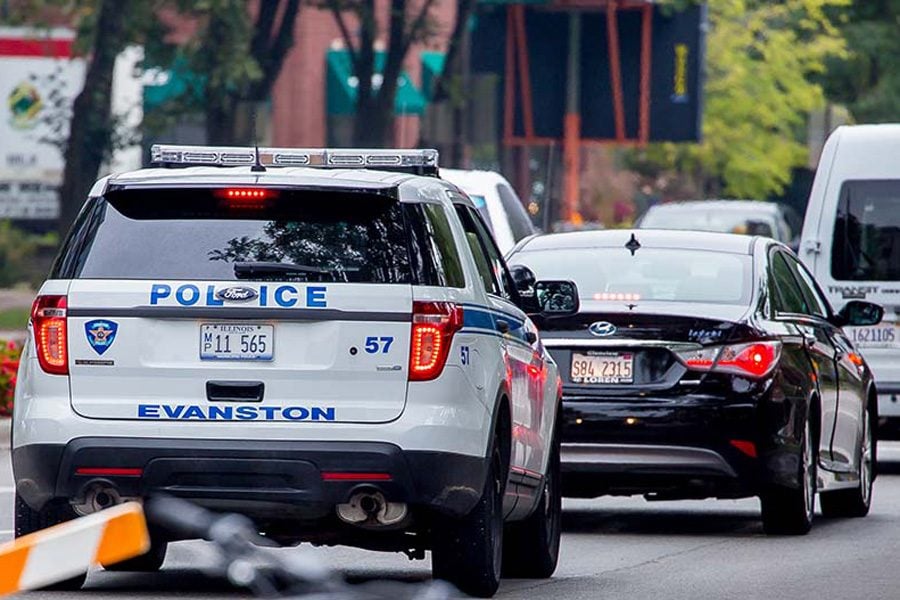 An Evanston Police Department squad car. Six Evanston commercial businesses have been the victim of burglaries or attempted burglaries in the last month.

Six Evanston commercial businesses have been the victim of burglaries or attempted burglaries in the last month, according to a Monday news release from the Evanston Police Department.

EPD communications coordinator Perry Polinski said the department wanted to notify local businesses of the increase in criminal activity. He said the city is working with businesses to increase security and suggest safety improvements.

Most of the incidents included an individual or a group breaking the establishment’s windows to enter the property and take either money or merchandise. They also all occurred early in the morning, before normal hours of operation.

At about 3:30 a.m. on March 5, police observed and responded to a broken window at Road Ready gas station in the 2400 block of Dempster Street. More recently, police responded to a burglar alarm triggered at Wheel and Sprocket on Monday at about 12:15 a.m.

According to the release, members of the EPD Problem Solving Team are offering to conduct security surveys at local businesses to remediate the problem.

Polinksi said these cases do not seem to be connected, and police believe separate people are committing these crimes. He added that in some cases, the crimes appeared to be committed by groups of people.

Crime analysts are continuing to look for patterns and use suspect descriptions to solve the crimes, Polinski said. Investigators are still researching these cases and asking anyone with information to contact the police, he said.