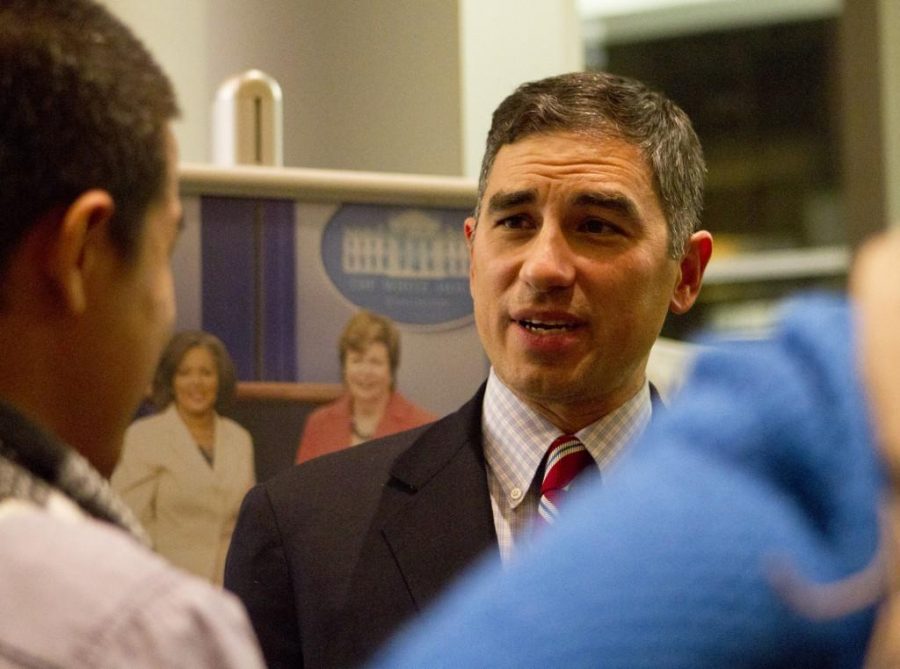 More than a month after 10 former students and employees accused Medill Prof. Alec Klein of harassing and predatory behavior, the group says it has received accusations from 19 more women.

In a letter sent to Medill Dean Brad Hamm, Provost Jonathan Holloway and reporters on Thursday, the original group of women, who call themselves “Medill Me Too,” said 19 women have reached out to them about their experiences with Klein. The new wave of allegations is similar in scope to those made public in February. According to the letter, the 19 new women have accused Klein of inappropriate touching, making sexually suggestive comments, holding extended closed door meetings and creating a “hostile, discriminatory work environment.”

In a similar letter sent to Hamm and Holloway on Feb. 7, 10 women accused Klein of inappropriate behavior, ranging from asking students and employees for explicit details regarding their sex lives, attempting to kiss a prospective female employee and asking a female employee to come to his hotel room for drinks during a business trip, among other accusations.

Klein, the director of the Medill Justice Project, took a leave of absence from the University the next day, until an investigation is completed. In a February statement to The Daily, Klein categorically denied the original allegations made against him.

In a statement to The Daily responding to the new allegations, Klein’s lawyer, Andrew Miltenberg, said the new allegations by the Medill Me Too group “continue their wholesale butchery of the life of Prof. Alec Klein.” He said Klein has and will maintain his silence to respect the University’s investigative process.

Miltenberg said the #MeToo movement is “undoubtedly important as it gives voice to those that have been victims of sexual abuse and harassment.” However, he said, “it is not meant to be, nor can we let it become, judge, jury and executioner.”

“Yet this is exactly what is being done to Prof. Klein,” he said. “Shame on these individuals for publicly destroying Prof. Klein’s life and that of his family, and denying him the due process that is a fundamental principle of this country.”

After the first wave of allegations were made public in February, officials said the University would launch an investigation. In February, University spokesman Al Cubbage said many of the allegations had been brought to NU’s attention several years ago by a former employee in a complaint but that a University investigation had not substantiated the complaint.

Cubbage told The Daily on Thursday afternoon in response to the new allegations that the University was continuing its investigation into Klein.  Hamm’s office deferred comment to Cubbage.

The Thursday letter includes messages and diary entries from some of the women who had reached out to the Medill Me Too group. None of the new accusers were named in the letter.

One woman wrote to the Medill Me Too group that Klein’s behavior made her feel “so horribly uncomfortable” that she skipped Medill’s graduation ceremony so she wouldn’t have to see him.

“I thought I was the only one,” the woman wrote. “When I stopped working for him, I accepted the futility of pursuing a journalism career. For three years I was afraid to even enter Fisk (Hall), to speak with other professors about recommendations or finding a new advisor, terrified I might run into Alec.”

Another woman wrote Klein would give her unwanted neck massages as she tried to work at her desk. She said he would talk about his sex life and complain about his wife in ways that made her uncomfortable.

Meribah Knight, one of the original 10 women who accused Klein of bullying and harassment in February, said the group had received so many responses to its letter that the group felt compelled to add to it.

“We’re really encouraged by the investigation that’s currently underway, but we wanted to make sure that the dean and the provost and the powers that be knew how many women had come forward since our last letter,” she said Thursday. “It was just so many that we felt like it was really important for them to be aware of that.”

Knight said the new allegations were “just so similar” to the previous ones that the women believe they added more “credence” to the original allegations.

Knight said the women were kept anonymous this time because some of them have already spoken to the University’s Title IX investigators who are investigating the allegations. Others, she said, are not OK with having their names made public. Knight said she and other accusers have been in touch with the University. Knight said they haven’t been contacted by Klein or his attorney except for two women who received cease-and-desist letters in February.

The new allegations include the diary entry of a woman who said she believed she was being “groomed” by Klein.

“How do I know? The special attention, the flattery, the long hours of very personal conversation spent trying to earn my trust,” she wrote.

Alison Flowers, who was also one of the original 10 women to accuse Klein, said in a statement to The Daily that the group feels encouraged that the University is listening to the new women “who have come forward” and that the investigators are re-interviewing some accusers who have spoken up in the past.

“We urge them to not only listen to us, but when tasked with judging credibility, choose to believe us,” she said. “This isn’t about any single accuser. This is about the preponderance of our accounts.”

MeToo Letter March 15 by The Daily Northwestern on Scribd

This story was updated at 9:30 p.m. with additional information from Al Cubbage.