Block 10: The Cradle Will Rock 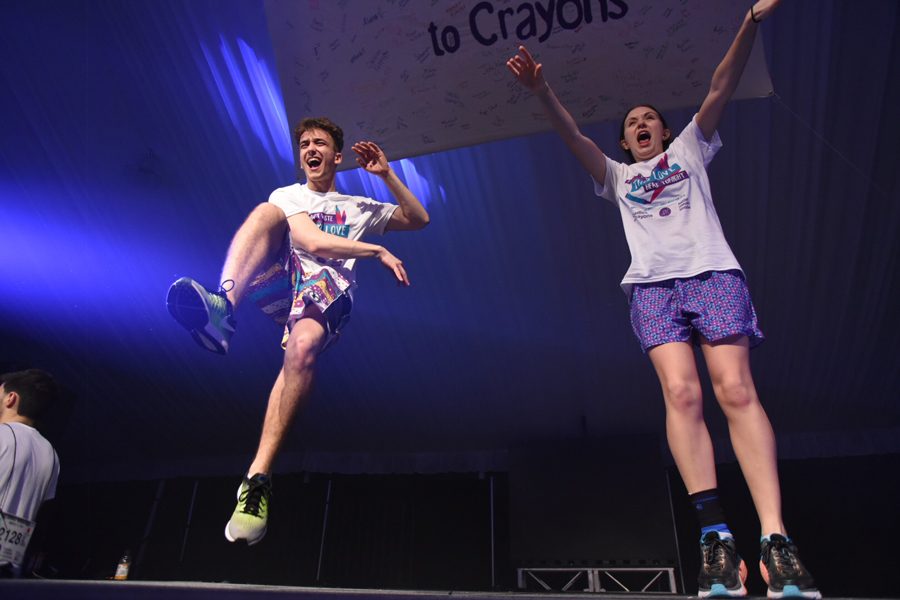 And with the checks presented to the beneficiary’s, the 44th annual Dance Marathon comes to a close.

In the final block, dancers felt relief, exuberance and nostalgia as their time in the tent concluded.

The high-energy block was punctuated by the final practice and performance of the 30-hour dance set to Finesse (Remix) by Bruno Mars featuring Cardi B and a video shoutout from comedian, stage actress and singer Ana Gasteyer (Communication ’89).

She congratulated all of the dancers on their hard work.

“Thirty hours is a long time, please don’t screw up,” Gasteyer said. “Raising the roof on your behalf here in New York City.”

“It was so incredible,” communication senior and 120-club member Halle Lukasiewicz said. “I have known I was going to … do DM all four years since freshman year. I fell in love with it immediately.”

With one hour remaining, Bernard Cherkasov, the Executive Director of Cradles to Crayons Chicago, spoke about the scope of childhood poverty in Chicago and its impacts on everyday life. Cherkasov told an anecdote about a six-year-old girl named Trinity who couldn’t afford new pants, being forced to wear ones that were too tight to pull up, but was helped by Cradles to Crayons.

The most dramatic moment of the block came at the end when the final total was revealed as the dancers locked arms and celebratory balloons dropped from the top of the tent.

DM co-chairs Daniel Nussbaum and Jamie Newman spoke to dancers before the final reveal, encouraging them to remain engaged after DM is over.

“There are some people out there that think we are a generation that stands idly by,” Nussbaum said. “Tonight, we showed those people that they are wrong.”