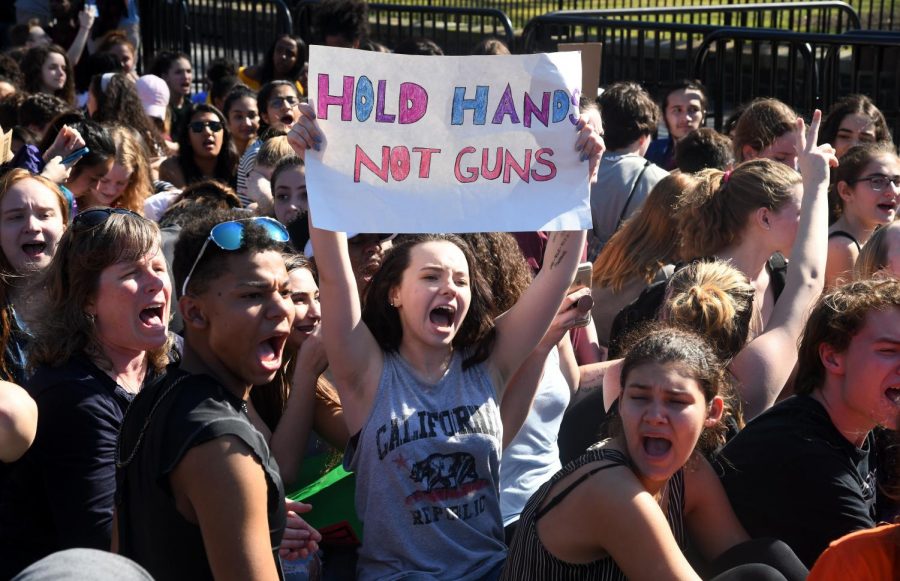 Hundreds of high school and middle school students gather in front of the White House Feb. 21 in support of gun control in the wake of the Florida shooting. Students, faculty and administrators are planning demonstrations Wednesday to push for gun reform and honor victims of gun violence.

Northwestern students, faculty members and administrators are planning events next Wednesday to show support for the students of Marjory Stoneman Douglas High School and advocate for gun reform nationwide.

At the Evanston campus, students from Northwestern Stands With Marjory Stoneman Douglas, in partnership with UNICEF NU, are planning a set of different “modes” of activism, said Stephanie Bernstein. The Medill senior — one of ten organizers in the grassroots group — said they will hold a walkout, a march and a vigil, focused on honoring the lives of the February school shooting in Parkland, Florida, and pushing for gun reform.

March 14 will begin with a walkout of classes starting at 10 a.m., Bernstein said, in line with the national school walkout movement led by the organizers of the Women’s March. Students will march for 17 minutes — in recognition of the 17 people killed in the shooting — and convene at Deering Meadow, where they will host a number of different speakers including administrators and members of the Evanston community.

In the evening, there will be a candlelight vigil to honor victims of the Parkland shooting and other victims of gun violence across the country, including in Chicago and Evanston, Bernstein said.

“It’s definitely something that affects all of us,” the Weinberg junior said. “We’re the country with the most mass shootings. … It’s something that is so uniquely American and a huge issue.”

A major theme of the event is publicizing the idea of gun violence as a public health issue, Patel said. Organizers hope to advocate for repealing the Dickey Amendment, which many say prevents federal funding for gun research, to allow for more research into potential solutions to the gun violence issue.

“Our hope is that our speakers will be able to to tell everyone in attendance things that we as a medical community can do to promote public health-based gun control legislation,” Patel said. “And also … call on us as physicians and as citizens to go out and vote, be politically engaged and don’t let this conversation die out.”

As of Thursday night, the Facebook page for the Evanston event had almost 600 responses, which Van Tine said is “really exciting.” The challenge, though, is turning that awareness into political action and tangible change.

One of the major goals of the student organizers was to give others specific “action items” to follow up on, Bernstein said, like writing letters to representatives and registering to vote. With so many different options of ways to approach gun reform, she said, “doing zero is not an option.”

“I want this to be the end. I want Marjory Stoneman Douglas to be the last school shooting,” Bernstein said. “I’m willing to make that happen, and I know that there are millions of young adults and Americans that are committed to making this the end, but we’ve got to put in the work.”