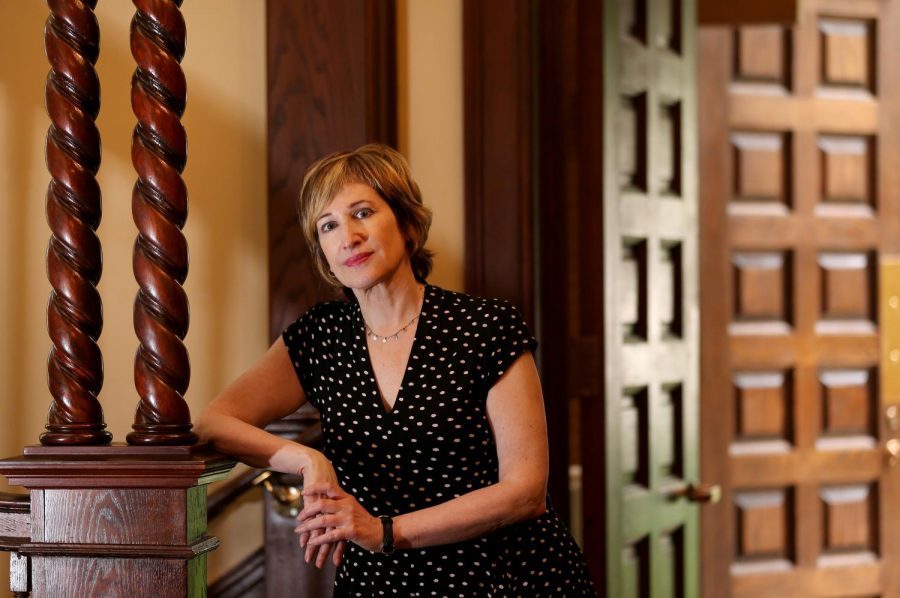 Communication Prof. Laura Kipnis. A judge decided Tuesday to proceed with a lawsuit against Kipnis and HarperCollins Publishers, declining the defendants’ motion to dismiss the case.

A judge decided Tuesday to proceed with a lawsuit filed by a graduate student against Communication Prof. Laura Kipnis and HarperCollins Publishers, declining to grant a motion filed by the defendants in July to dismiss the suit.

The July motion by Kipnis and HarperCollins to dismiss the case on all counts with prejudice stated the student could not state “any plausible claim for relief.” A memorandum in opposition was filed by the student in August, and Northern District of Illinois Judge John Blakey decided Tuesday to deny the defendants’ motion to dismiss.

The student, using the pseudonym Jane Doe, filed the suit in May in response to Kipnis’ book, “Unwanted Advances: Sexual Paranoia Comes to Campus.” In the book, Kipnis criticizes Northwestern’s Title IX procedures, detailing Kipnis’ experience with the process and discussing two Title IX complaints filed by Doe and another student against former philosophy Prof. Peter Ludlow accusing him of sexual assault.

Doe’s suit alleges that the book, which has received national attention, intentionally misrepresents facts and publishes private and unnecessary details about her. As quoted in the Tuesday order, the lawsuit calls “Unwanted Advances” a book “that — page after page — exposes extremely private and painful parts of Plaintiff’s life, makes false statements about her conduct, brands her a vengeful liar and turns this promising young graduate student’s life upside down for the entire world to see.”

Doe filed the suit on four counts, according to the order: public disclosure of private facts, false light invasion of privacy, defamation and intentional infliction of emotional distress.

In their motion, Kipnis and HarperCollins stated that all the information included in the book had already been revealed during the lawsuits against Ludlow. However, Blakey wrote that the Court could not find all those facts had already been publicly available before the publication of “Unwanted Advances.”

The defendants had also alleged that Doe could not prove Kipnis acted with “actual malice.” At this point in the proceedings, though, Blakey wrote that the court must accept the plaintiff’s allegations — like that Kipnis deliberately excluded information that would oppose her argument, and that HarperCollins did not check Kipnis’ sources despite the potential that Kipnis had an “axe to grind” with Doe — and therefore, Doe’s false light invasion of privacy claim survives.

The defendants’ conduct as described by the plaintiff, Blakey wrote, “could be seen by a reasonable jury as extreme and outrageous,” as Kipnis published a misleading account of Doe’s experiences to characterize Doe as “a liar,” and did so in order to penalize Doe.

Attorneys representing Kipnis and HarperCollins did not respond to a request for comment.

The case can now move into the discovery period, said Jennifer Salvatore, one of the attorneys representing Doe in the case. Salvatore said she is “looking forward” to proceeding with the case and giving Doe “her day in court.”

“We’ve got a client who has been incredibly harmed by really reckless conduct,” Salvatore told The Daily. “Although the harm to (Doe’s) reputation can never really be undone, we are hopeful that legal action will set the record straight.”