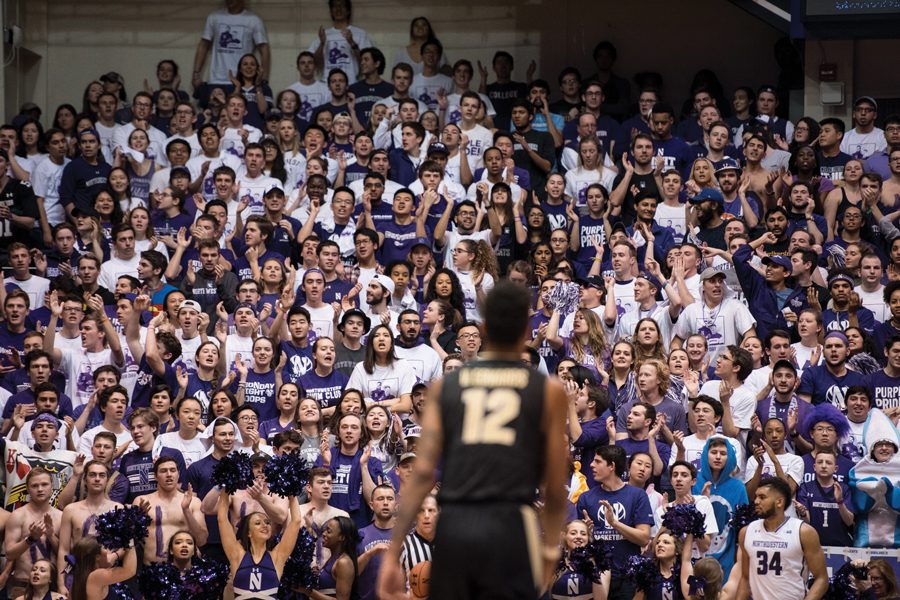 The crowd at a men’s basketball game at Welsh-Ryan Arena two seasons ago. The new renovations will likely be unveiled to host men’s and women’s exhibition games on Nov. 2, Schapiro said.

The arena, which has been undergoing construction since March 2017, is likely to first host men’s and women’s games Nov. 2, Schapiro said. The opening is planned to coincide with the Nov. 3 football game against Notre Dame, which is likely to draw a large NU crowd.

“That’s going to be a heck of a weekend. And that place is going to be packed,” Schapiro said. “The students are going to go crazy when they see how unbelievable, wonderful that new arena’s going to be. … I can’t wait.”

The November christening means the volleyball team will be forced to play the majority of its home games off-campus again, though a department source told The Daily on Thursday that the November opening was always expected.

Wildcats’ teams played the 2017-18 seasons at a variety of venues. The men’s basketball team played at Allstate Arena in Rosemont, a cavernous venue far from campus where a disappointing NU team rarely drew large crowds.

The women’s basketball and volleyball teams played the majority of their home games at Evanston Township High School, while wrestling competed at Patten Gym.

The new Welsh-Ryan, a $110 million near-complete reconstruction of the building, will include new seating, wider concourses and updated restrooms and concession areas.