Shirola: Winter Olympics should serve as a reminder that we can be united 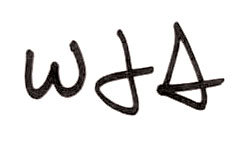 The world seems more divided right now than at any other time in recent history, possibly since the Cold War and the fall of the Berlin Wall. Conflicts, both within countries and between them, threaten democracy and civil world order as we know it. Many nations, including the United States, are teetering on the edge between globalism and nationalistic isolation. The United Kingdom has reached a stalemate in Brexit talks as the nation’s government wonders whether its decision to exit the European Union was a mistake. North Korea continues to pose a threat to multiple nations. And the Trump Administration continues to isolate America from many of its important allies. All of these developments have the potential to be harmful for humans across the globe, and can certainly make us question if the world may be doomed. But we shouldn’t give up hope for a peaceful and globally connected future just yet.

Last month’s Winter Olympics in Pyeongchang, South Korea, serve as a touching reminder that the world can — and should — be united. Being divided — whether by country, race, gender or occupation — is not the answer to society’s biggest problems. In a world plagued by wars, famine and conflict, we must seize on the Olympics’ display that we can come together to build a peaceful and better world.

Indeed, the Olympics were designed to do just that. The Olympic Truce was established in ancient Greece in the 9th century BC through a treaty signed by three kings. During the Truce period, athletes, artists and their friends and families could safely travel to compete in or attend the Olympic Games in an act of world unity and collectivism and then return home. I believe we would all stand to benefit from a modern-day truce, by nations, for nations. An ounce of respect and understanding for both our allies and enemies throughout the world could go a long way.

As a result of the politically tumultuous time that we live in, this year’s Olympics felt more important than ever before. According to the International Olympic Committee, “The goal of the Olympic Movement is to contribute to building a peaceful and better world by educating youth through sport practiced without discrimination of any kind, in a spirit of friendship, solidarity and fair play.” By uniting and putting our differences behind us, we can bring hope and light to a dimming world.

By far one of the most inspirational moments from the recent Winter Olympics came during the opening ceremony when South Koreans and North Koreans walked under one united flag. The rest of the world will surely take notice of this moving display of unity as a sign of hope that tensions between the two states may soon ease and that there may one day be a united Korean Peninsula.

Here at Northwestern, we need to do everything in our power to ensure a peaceful and united future. We must start at the community level, actively serving and bettering the Evanston and Chicago metropolitan area, as a first step to bringing about unity and peace on a global scale. That may be done through joining one of Northwestern’s myriad international, religious, political or philanthropic organizations or through engaging in active dialogue with governmental officials. The surest thing we can do, however, is to simply make it known that we favor a global society rather than a world of merely hundreds of isolated nations.

President Barack Obama recognized the important role that sports can play in our society in January 2017 when he said, “Sports has changed attitudes and culture in ways that seem subtle, but that ultimately made us think differently about ourselves and who we are.” Now more than ever, we must take his realization to heart.

Wesley Shirola is a Weinberg freshman. He can be contacted at [email protected] If you would like to respond publicly to this op-ed, send a Letter to the Editor to [email protected] The views expressed in this piece do not necessarily reflect the views of all staff members of The Daily Northwestern.