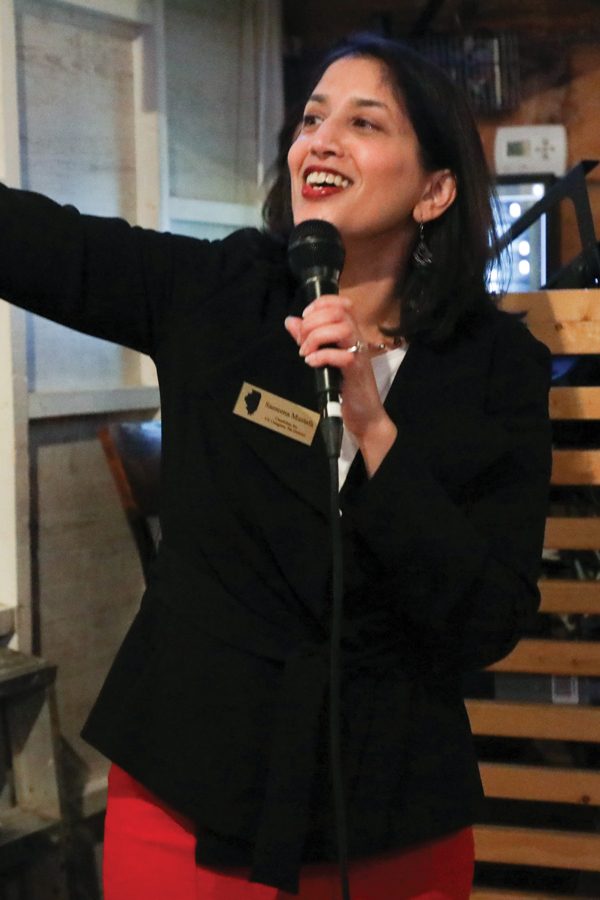 Sameena Mustafa, a candidate in the Democratic primary for the U.S. House 5th District of Illinois, was born in Evanston and describes her hometown as a “progressive beacon.”

“There is a foundation of activism in Evanston,” Mustafa (Weinberg ’93) said. “It was an important formative experience for me, to be a part of that community.”

Mustafa is running against incumbent candidate Mike Quigley, who was elected in 2009 and remains the current representative for the 5th district — which covers parts of Cook and DuPage counties in the northern Chicago area. In a questionnaire for the Chicago Sun-Times, Quigley said he would work to increase transparency in the government, support gun control measures and protect election integrity.

Mustafa described her campaign values as “progressive,” which she said aligns with what voters want in a district pushing for Social Security expansion and a federal $15 minimum wage.

One of Mustafa’s campaign priorities is expanding the Medicare program, which she said will become an “economic engine” as people will have greater economic mobility when they are less burdened by health expenditures, Mustafa said.

Mustafa majored in philosophy and said her time at NU taught her the importance of being able to express her ideas. During her time at NU, Mustafa said she was also involved in the community outside of the classroom, actively participating in The Women’s Coalition and several local protests.

Mustafa said she has devoted much of her career to civic engagement, and that her political philosophy has been influenced by her work in Illinois communities. Mustafa is the co-founder of Symposium: How to Elect Women and People of Color, on the advisory council of Chicago Women’s Health Center and founder of Hand Her the Mic, an organization that offers corporate and community workshops for women of color.

Kina Collins, political director of Mustafa’s campaign, said Mustafa is taking a “radical stance” on how women of color should be treated in politics.

“She’s a woman. She’s Muslim. She would be the first Muslim woman to take that seat if she won,” Collins said. “Her story is one of resilience, but also one of community.”

If elected, Mustafa would be the first Muslim woman in Congress. However, Mustafa said she would like people to focus on her message rather than her identity.

Mustafa said she believes there are ways to make a difference in a community at every level, and that someone who is passionate about certain issues does not need a degree in political science to become involved in politics. The most important first step for young people is to vote, Mustafa said.

“She’s a brilliant woman but in this very relatable way,” Rooker said. “She is actually aware of how the policies that she will push for will actually affect the real people here in the 5th district on the ground.”